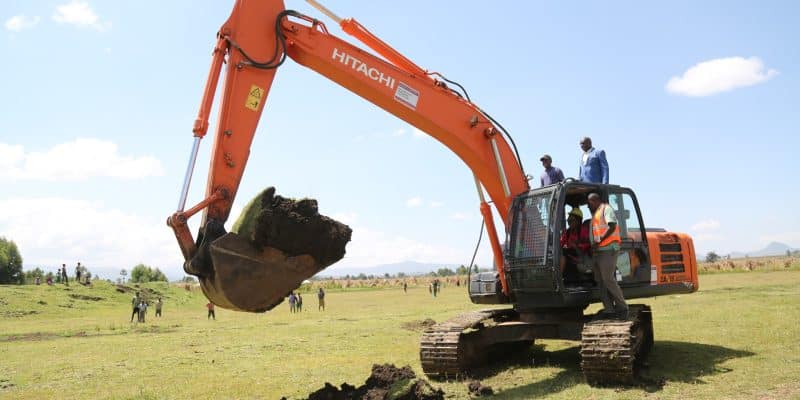 In Kenya, Trans-Nzoia County authorities are building a new dam in the village of Amani. The dam will improve the supply of irrigation water for 300 farmers.

A new dam will boost agricultural yields in Trans-Nzoia County, Kenya. Construction of the dam was launched on October 12, 2022 by the county’s agriculture officer, Mary Nzomo. The structure will be located in Amani village in Chepchoina Endebess sub-county.

The dam will be able to hold 67,118 m3 of water when it is commissioned in three months. The dam will benefit more than 300 farmers in Amani, as well as in Vamia and Njoro villages in Trans-Nzoia County.

“Our farmers depend entirely on maize cultivation, and the future dam will allow us to diversify our crops,” said Trans-Nzoia County authorities. These farmers are specialized in growing tomatoes and other horticultural crops, including the banana value chain. The project will also reduce food insecurity in the county and throughout Kenya. In the East African country, famine affects 2.4 million people across some 20 arid and semi-arid northern counties, according to the U.N. Office for the Coordination of Humanitarian Affairs (OCHA).

The new water reservoir will also provide water for households and pastoralists. New pipes will facilitate the distribution of water at the community point and at the livestock watering point, avoiding interference with irrigation pipes. The irrigation project will require an investment of 20 million Kenyan shillings (over $165,000), which will be covered by Trans-Nzoia County. The initiative supports the National Agricultural and Rural Growth Project (NARIGP), which has already rehabilitated 395 farms, equivalent to 264.4 hectares of land, with irrigation systems in the Kenyan county.

This is a five-year development project initiated by the Government of Kenya with support from the World Bank and implemented by the county governments. With an overall cost of $219 million (about 23.40 billion Kenyan shillings), NARIGP will eventually increase agricultural yields in the rural communities selected for the project.