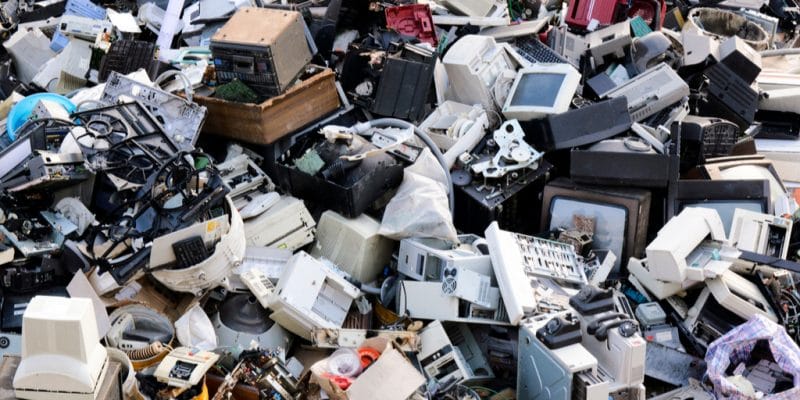 The Government of Kenya has just published its National Waste Management Strategy 2019. It recommends the purchase of electronic waste from the population. The objective of this policy is to prevent such hazardous waste from continuing to occupy landfills and pollute the environment.

Kenya wants to try a new approach to e-waste management. To do this, the central government is now advocating the takeover of end-of-life electronic devices. According to a 2010 United Nations Environment Programme (UNEP) report, “Kenya produces 11,400 tons of electronic waste from refrigerators, 2,800 tons from TV sets, 2,500 tons from laptops, 500 tons from printers and 150 tons from mobile phones”.

In total, Kenyans produce 17,000 tonnes of e-waste each year. According to this international institution based in Nairobi, only 50% of this waste is recovered. Half of them are found in landfills such as the one in Dandora, for waste produced in the capital Nairobi. However, since the publication of these figures, the situation has changed considerably. Smartphones and laptops have become more accessible and widespread throughout the country.

According to the Jumia e-commerce platform’s Mobile Report 2019, 91% of Kenyans now have a mobile phone and the population, very young, is experiencing a frenetic desire to change smartphones to acquire new and even more powerful gadgets.

It’s going to take a while….

The authorities’ new policy is both a response to the UNEP report and to the increase in current consumption. It will take some time to see the Kenyan government buy back electronic devices as it plans to set up e-waste recycling plants in parallel between 2022 and 2023.

However, everything seems to have been planned. “The government will partner with private companies through public-private partnerships (PPPs) to build a robust and sustainable infrastructure to facilitate an environmentally responsible e-waste management system and encourage consumers to dispose of their e-waste,” says the government in its National E-waste Management Strategy 2019.

As part of the new government policy, each of Kenya’s 47 counties should have at least 10 e-waste collection centres. Investors will have to set up six e-waste sorting and recycling plants in Kenya’s six main economic areas.

To accompany this policy, the government plans to create a national electronic waste management fund. The financial institution would be expected to raise funds from companies that contribute to the production of large quantities of electronic waste. Smartphone and laptop manufacturers are therefore in the spotlight, in line with the polluter-pays principle.