Homepage » KENYA: the state is cleaning up the Athi River, the main source of the Thwake Dam

KENYA: the state is cleaning up the Athi River, the main source of the Thwake Dam 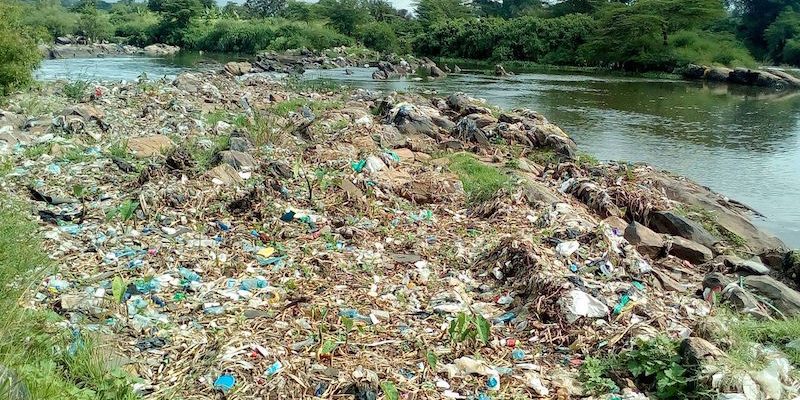 As part of the Thwake Multipurpose Dam project in Kenya, the government is organising, in collaboration with the Nairobi Metropolitan Services (NMS), a major clean-up operation on the Athi River. The main source of water for the future dam is the spillway for raw sewage from the capital Nairobi.

Located in the Ondiri Swamp in Machakos County, Kenya, the Athi River (with a basin covering 70,000 km², editor’s note) is regularly polluted by wastewater from the capital Nairobi. For the Kenyan government, this is a problem, as the Athi River is in fact the main source of water for the Thwake Multi-Purpose Dam, which is under construction. An extensive clean-up operation has been initiated by the Kenyan authorities. “We have set up a wastewater treatment plant in the town of Ruai to treat wastewater before it is discharged into the Athi River. We then plan to lay two pipes in Nairobi to drain the wastewater,” says the Kenyan Ministry of Environment.

“People who have encroached on the project area will also be evicted to mitigate pollution around the Athi River,” says the Kenyan Ministry of Environment. The future dam is being built at the confluence of the Thwake and Athi rivers in western Kenya. The works were launched in 2018 by the China Gezhouba Group Company (CGGC). “We are in talks with the construction company to mobilise machinery and personnel to complete the dam by January 31st, 2022, instead of 4 November 2022 as originally planned. The construction work on the Thwake Dam is 46% complete,” the Kenyan Ministry of the Environment reports.

The Thwake Dam will be 80.5 m high. Once commissioned, it will be capable of storing 681 million m3 of water. Only 22 million m3 will be used to produce drinking water thanks to a new plant. This plant will be capable of supplying 151,800 m3 of drinking water per day. This amount of water is capable of supplying 674,700 people in rural areas (34,600 m3) and up to 117,200 m3 for 640,000 people living in cities, mainly in Konza Technology City, a rapidly growing smart-city 160 km south of Nairobi, the capital of Kenya. At least 659 million m3 of water from the Thwake Dam will be used to irrigate plantations and generate electricity.

The Thwake Dam project is jointly financed by the Kenyan government and the African Development Bank (AfDB). The financial institution has already invested €311 million in the project.