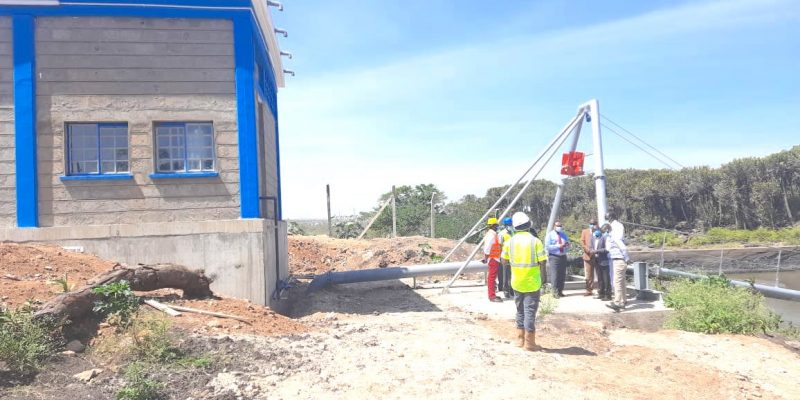 In Kenya, the government is relaunching the Mavoko drinking water project in Machakos County. Work was halted in 2020 due to technical problems.

In Kenya, the Presidential Delivery Unit (PDU) has just notified Aspac International and H.P Gauff Ingenieure to continue the construction work on the drinking water facilities in Mavoko. The companies implementing the sub-county’s drinking water supply project stopped work in 2020 due to “thorny problems, notably the electrical installation of the dams and access to the KMC dam,” the PDU said.

The Mavoko drinking water project, launched in 2018, was due to be completed in 2020. The new deadline for the delivery of the drinking water installations has been set at May 2021 by the authorities of this East African country.

The Mavoko drinking water project has two components. By 2019, Aspac International, which is providing the engineering, procurement and construction (EPC) contract, had completed 61% of the work and the consulting firm H.P Gauff Ingenieure 53%, according to local utility Tanathi Water Works Agency. Both companies were appointed by the Tanathi Water Works Development Agency, which is developing the project.

According to the PDU, the project will benefit 1.5 million people in Mavoko, as well as the inhabitants of Kathiani, two sub-counties of Machakos County. It includes the installation of a pipeline independent of the Nairobi Water Company to provide 5,000 m3/day, the rehabilitation of the Nol-Turesh pipeline and its reservoirs to provide 1,000 m3/day, and the rehabilitation and de-silting of the KMC and EAPC dams (3,000 m3/day). An intake on the Athi River will also supply a 12,000 m3/day drinking water plant in Mavoko County. The drinking water will supply the population via 70 km of pipes that Aspac International will install. It will also be necessary to deploy an electric line that will supply the various installations.

The Mavoko drinking water project is jointly financed by the Kenyan State and Belgium. In 2019, the Belgian government has released 28 million dollars in favour of the initiative. The funds are allocated in the form of a soft loan (11 million dollars). The other part, $17 million, is provided as a commercial loan.