KENYA: Tax incentives for biodegradable packaging to be introduced soon 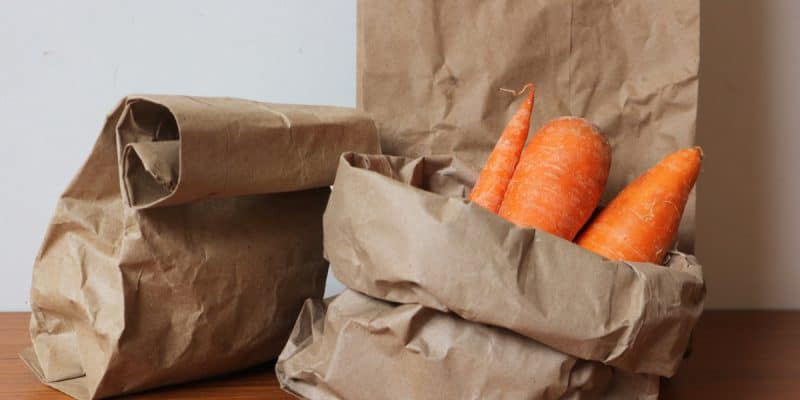 The Kenyan government wants to promote the production of alternative packaging to that made of plastic. They will henceforth be granted tax breaks. The measure aims to reinforce the success of the ban on single-use plastics introduced in 2017.

In Kenya, the marketing and use of single-use plastic packaging continues, despite their ban ordered by the government in 2017. Contraband networks supply the domestic market from neighbouring countries, where plastic packaging with a thickness of less than 1 micron is not subject to any prohibition.

The Kenyan authorities have now decided to take the bull by the horns. They now realise that the ban on plastic cannot be enforced until people have alternatives for packaging food and other consumer products. “We are considering a series of tax incentives to encourage the private sector to develop alternative packaging materials from materials such as cotton,” said Geoffrey Wahungu, Director General of the National Environmental Management Authority in a statement on March 11, 2019, during the 4th United Nations Environment Organization (UN Environment) Assembly in Nairobi, Kenya’s capital, on the margins of the proceedings.

Mr. Wahungu said that the use of plastic bottles for beverage packaging would also be regulated, under a cooperation agreement between the government and the Kenya Manufacturers’ Association. It stipulates that producers of plastic bottles must recover and recycle used bottles in order not to pollute the environment.

Plastic waste has an impact on the health of populations, animal species and biodiversity in general

In the absence of an effective waste management policy, local populations are forced to dispose of household waste by the sea and incinerate it. This unsorted waste, composed of plastics, bottles, food, iron, wood, computer equipment and medical waste, is burnt together for several hours. This gives off a strong smell of chemical compounds that cause respiratory problems and lung diseases over time. Burnt plastic releases dioxin (black smoke), which is very toxic. According to the World Health Organization (WHO), they can cause reproductive and developmental problems, damage the immune system, interfere with the hormonal system and cause cancer. WHO estimates that in 2012, air pollution led to about 7 million premature deaths. It is the leading cause of environment-related deaths.

In addition, plastic waste travels via rivers to the oceans. “Between 5 and 13 million tonnes of plastic waste are dumped into the oceans each year,” the International Energy Agency (IEA) revealed in a study on the future of petrochemicals published last October. The famous “7th continent” made up of entire bans of plastic waste floating on the sea surface (but also penetrating the ocean floor) attacks marine life. In November 2018, the French economic newspaper Les Échos quoted another study referenced by the World Bank according to which marine litter is present in 100% of the marine turtles studied, 59% of whales, 36% of seals and 40% of seabirds… Plastic microparticles have even been found in many fish and seafood species sold for human consumption.

The Kenyan government is aware of this sad reality and has decided to take action. Like this East African country, several other African countries, Rwanda in 2008, Gabon in 2010, Cameroon in 2012, Ivory Coast in 2013 and Burkina Faso in 2014, have regulated the manufacture, import, holding, marketing or free distribution of single-use plastic packaging. If the motivations are similar, the expected results are not always achieved, due to the lack of real alternatives.