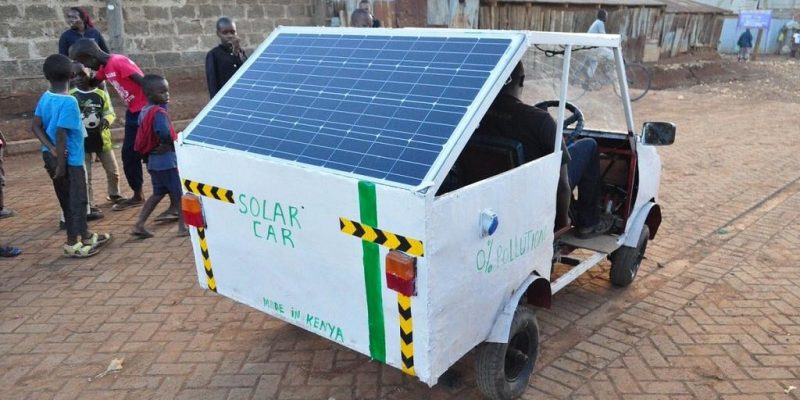 The car made by the 30-year-old Kenyan runs entirely on a solar panel installed on its roof. On the vehicle we can read, "0% pollution".

On the social networks, these last hours, the Net surfers give themselves at heart joy since Samuel Karumbo revealed his car running entirely with solar energy. According to the inventor and former student of Kitale Polytechnic School, a town of over 100,000 inhabitants in the Rift Valley in western Kenya, his car can also charge mobile phones and even light up a house overnight. This is made possible by a battery installed under the hood that stores the energy produced during the day.

Called “Salar Car” (solar car in English), it can travel 50 km a day, but at a very low speed. For Samuel Karumbo, this reduces his energy consumption.

This is not a first in Africa

In several African countries, initiatives are being put in place to manufacture vehicles powered by solar energy. In May 2016, the Ugandan company Kiira Motor created a surprise by unveiling its 35-seat bus called “Kayoola”, running on solar panels installed on its roof, with a range of 80 km. An innovation, which occurred one year before the release of the electric bus of the American manufacturer Tesla, it is truly capable of travelling 1772 km in a single load. Today, Kayoola is presented as one of the most environmentally friendly passenger vehicles in the world.