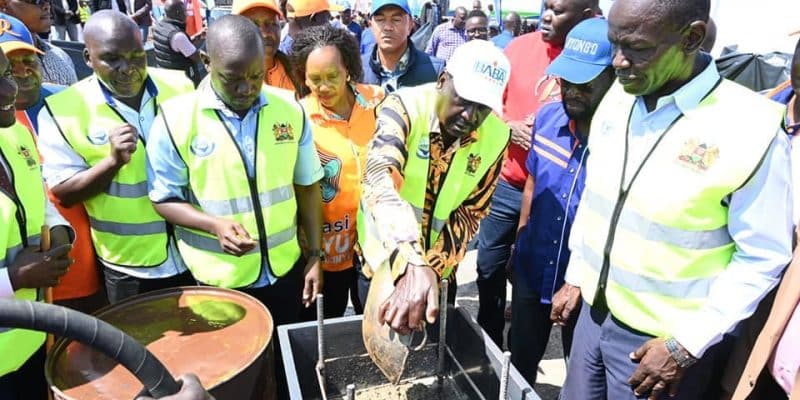 In Kenya, the Lake Victoria South Water Authority (LVSWWA) is launching the rehabilitation of the Otonglo-Riat drinking water plant in the Kisumu region. This is part of a drinking water supply project that will benefit 60,000 people.

The Otonglo-Riat drinking water plant in the Kisumu region of Kenya will be refurbished. The rehabilitation work was launched on 3 August 2022 by the African Union (AU) High Representative for Infrastructure Development in Kenya, Raila Odinga. The project is being implemented by the Lake Victoria South Water Agency (LVSWWDA). According to its director Dan Omino, the objective is to restore the initial treatment capacity of this plant, estimated at 1,700 m3 per day. The water treatment plant is no longer operating at full capacity.

In addition to renovating the plant, LVSWWDA will lay a pipeline to bring raw water from Lake Victoria to the Otonglo-Riat drinking water plant. The treated water will be stored in tanks at Riat Hills, with a total capacity of 1,250 m3, and will pass through a booster station at Kanyamedha. A second 30km pipeline will distribute drinking water to the Riat Hills, Korando, Kogony and Kanyamedha areas.

“We will carry out the work in two phases. The first phase of the project, which is expected to cost 92 million Kenyan shillings (about $772,400), will be completed in 2023 and will serve over 10,000 people. The second phase will take another year to implement and will serve over 50,000 people,” says LVSWWDA.

The Kenyan government, which is funding the entire project, also hopes to raise additional funds to build two more reservoirs at Riat Hills, of 2,000 m3 and 400 m3 respectively. The construction of a Resource Centre is also envisaged to equip students and community members in the field of water.