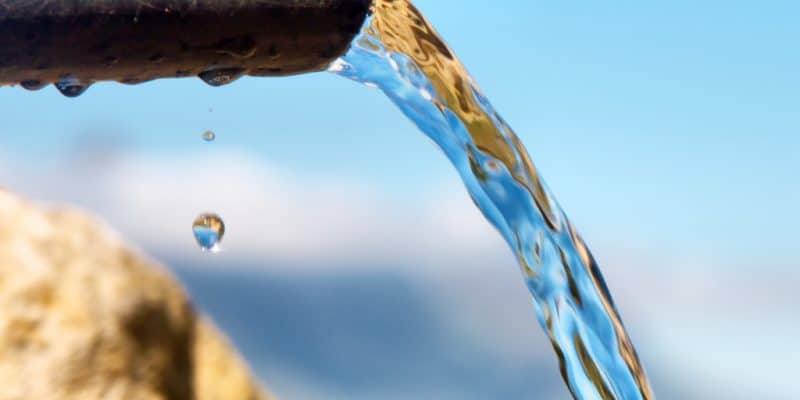 A drinking water and sanitation project has recently been launched by the Kenyan government in the semi-arid town of Mwala, Machakos County. The programme is financed by the African Development Bank (AfDB).

The locality of Mwala and its surroundings will soon have new drinking water and sanitation facilities. The project was recently launched by the Kenyan authorities in the semi-arid area of Machakos County, about 50 km from the Kenyan capital, Nairobi.

Dubbed Mwala Cluster Water Supply and Sanitation, it will allow the construction of “intake structures, a raw water transport pipeline, treatment facilities, storage tanks and strategically placed pumps, among other facilities…”, explains Gedion Kavoo, the engineer responsible for the implementation of the project. The water will be pumped from the Ndarugu River in the Munyu region. Potable water tanks will be built in the Kyuluni, Nzambani and Syathani primary schools.

According to Gedion Kavoo, the local public service company, Tanathi water works development agency, is currently working on the displacement of the populations affected by the project route. “Action plans for the relocation of the water intake and treatment plant have been accelerated in order to obtain rapid access to land for the start of work,” explains Gedion Kavoo. In addition to drinking water facilities, the authorities are also planning to build sanitation facilities to serve the population in several areas of Mwala City and its surroundings.

According to the Machakos County Government, at the end of the works, the project is expected to benefit 100,000 people, mainly in the semi-arid district of Mwala. The project has received support from the African Development Bank (AfDB). The Pan-African Financial Institution has lent 538 million shillings ($5.18 million) to the Central Government of Kenya, which has made this project part of the Kenya Sustainable Water Supply and Sanitation Programme (KTSWSSP). It aims to improve the access, quality, availability and sustainability of water supply services, as well as the efficiency of wastewater treatment in several cities across the country. The programme also aims to improve the quality of life of the population and strengthen resilience to climate change, which is mainly manifested through drought. At least 28 sub-projects will be implemented under the KTSWSSP.