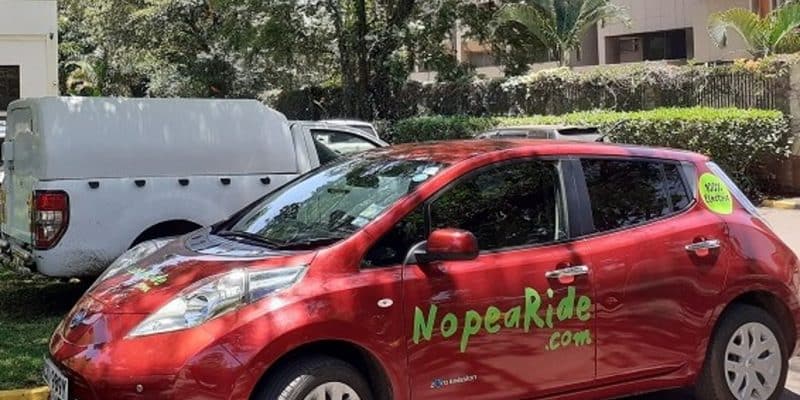 In Kenya, mobility solution NopeaRide is withdrawing its electric taxis that it has successfully imposed on Nairobi's roads since 2018. The news is announced by its parent company EkoRent Africa against the backdrop of internal financial tensions.

It was against a backdrop of strong urban growth coupled with deteriorating air quality that NopeaRide entered the electric mobility market in Kenya in 2018. Four years later, the mobility solution launched by EkoRent Africa has announced that it will cease commercial operations from 2023.

This decision follows the financial difficulties of the main shareholder EkoRent Oy based in Finland, and exacerbated by the Covid-19 pandemic. Pending a ruling by the Kenyan High Court by 13 December 2022, NopeaRide has taken its fleet of 70 electric vehicles off the road and “notified staff and customers”.

Over the past few years, EkoRent Africa has managed to attract several investors, including InfraCo Africa, which injected $1 million into NopeaRide in 2021 to help develop a sustainable transport system that can reduce air pollution in Kenya.

NopeaRide is withdrawing from Kenya as other companies start to invest in electric mobility. This is the case for BasiGo, which recently raised $6.6 million from a number of investment firms, including Keiki Capital, Trucks Venture Capital, Novastar Ventures, and mobility54 to launch the first commercial deliveries of its electric buses in Kenya in January 2023.

Read also-KENYA: In Nairobi, Roam will put a new electric motorbike on the road in 2023

The company, led by Jit Bhattacharya, is also focusing on a pre-financing model to facilitate the acquisition of its vehicles by public service operators (PSVs). It is in this context that BasiGo has entered into partnerships in the second half of 2022 first with the Commercial Bank of Kenya (KCB Bank) and then with Nairobi-based Family Bank.