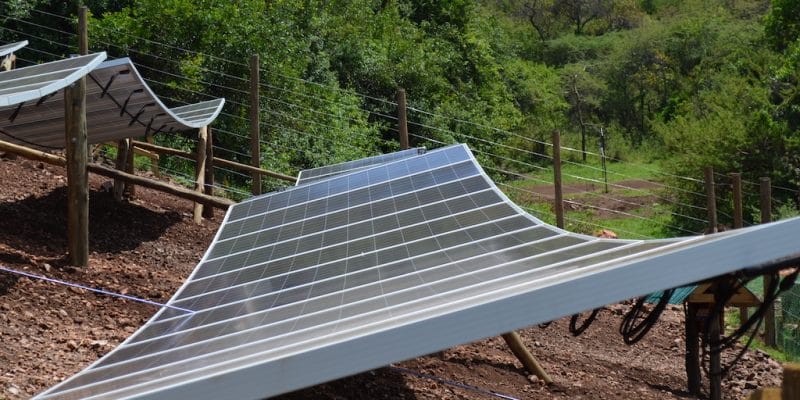 The Swiss company Meeco has recently delivered a mini solar photovoltaic power plant to the Cottar's 1920 Camp site. It is a camp located not far from the Masai Mara National Reserve in Kenya. The installation has a capacity of 54 kWp.

Cottar’s 1920 Camp acquires a green energy source. It is a mini solar photovoltaic power plant built by Meeco, a Swiss company. Cottar’s 1920 Camp is a lodge (a tourist accommodation located in a quiet natural setting and generally featuring architecture inspired by this environment) that covers an area of 1,500 hectares. It is intended for tourists who come to Kenya to observe animals.

This lodge is strategically located not far from the famous Masai Mara National Reserve. To provide electricity to this site, which is mainly composed of tents, Meeco has set up its sun2rope solar system. It is presented as a low environmental impact system. Technically, solar panels are mounted on special cables attached to existing walls, wooden or steel pillars, or suspended between buildings.

According to Meeco, with sun2rope the environmental impact is minimised since heavy steel structures are replaced by ropes and solid wood. The system also contributes to other objectives, such as reducing logistics costs by using locally available wood in controlled planting areas, instead of steel structures with long delivery times. In this way, the carbon footprint of the installation is considerably reduced.

For the mini solar photovoltaic power plant built in Cottar’s 1920 Camp, the 168 panels are installed in seven rows and fixed on wooden pillars. They are capable of producing 54 kWp. “Once the site is fully completed and commissioned, the energy produced is intended to recharge the batteries of the sun2safe energy management and storage system, including hot water treatment and recharging of the safari camp’s sun2move electric bicycles,” says Meeco.

The mini solar power plant will allow Cottar’s 1920 Camp to reduce its carbon dioxide emissions in the environment by reducing the amount of diesel used to run electric generators.