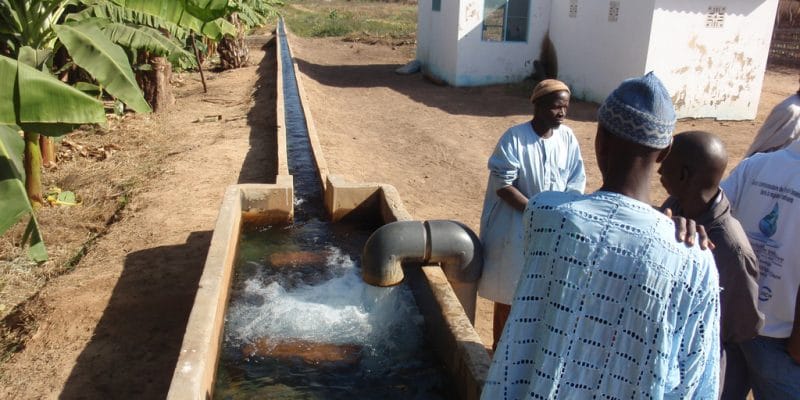 The Kenyan authorities have recently started work on the lower Nzoia River irrigation project site after more than a year's delay. The work, costing a total of 7 billion shillings ($70 million), was awarded to China's hydroelectric engineering and construction company, Sinohydro.

The irrigation project in the lower Nzoia River is finally underway. Work on the project has been launched by William Ruto, Vice-President of the Republic of Kenya. The launch was attended by Simon Chelugui, Cabinet Secretary at the Kenyan Ministry of Water and Sanitation, as well as Synohydro officials.

The Chinese company was selected in 2017 to implement the Nzoia Lower River Irrigation Project. Its work will consist of the development and rehabilitation of an existing dike on the Nzoia River. It will also be responsible for building another 35 km long dike. The same company should also provide culverts and drains on the same site.

The Lower Nzoia Irrigation Project also includes the construction of a concrete diversion weir, a 135 m connecting channel and a 2.7 km channel. Kenya’s National Irrigation Authority indicated that this is a preliminary work that is already under way. The total cost of the works will be 7 billion Kenyan shillings (close to $70 million). Funding is provided by Kenya’s central government, with the support of the World Bank.

It is a project that will protect the populations of Siaya and Busia counties from “persistent flooding”, and it will be crucial for local agriculture, especially fruit cultivation. The cultivation of cereals such as rice will be the highlight of this agriculture. Farmers in the Rift Valley will be able to alternate this water-intensive crop with soya beans.

“Food security is one of our four main objectives and we are committed to ensuring that there is enough food and that farmers get more yields,” says Kenyan Vice President William Ruto, firmly.

The front end to the project

The current project is expected to reach 60,000 people, mainly in Busia and Siaya counties. The Kenyan government also estimates that the exploitation of the waters of the Nzoia River will be a springboard for the extension of the area of irrigated plantations by more than 4,000 hectares. At present, the irrigated plantations in the project area have an area of less than 1,000 hectares. In the near future, the Kenyan government also plans to set up a rice-processing plant in the region.

The actual start of work on the Lower Nzoia Irrigation Project, however, is the result of intense negotiations between the central government and the people affected by the project in Trans-Nzoia County, who were claiming 1.2 billion Kenyan shillings (close to $12 million) in compensation. Their opposition to the project caused a delay of more than a year at Sinohydro. Finally, the government gave in to their demands. Indeed, at the launch of the project, Simon Chelugui, the Cabinet Secretary at the Kenya Ministry of Water and Sanitation, announced the release of a first instalment of 450 million shillings (US$4.4 million). The invoice is paid by the Kenya National Land Commission.

MOROCCO: ADA seeks PPPs for the development of irrigated land in Jraifia

MOROCCO: the “Irrisat” programme is launched to optimise irrigation water