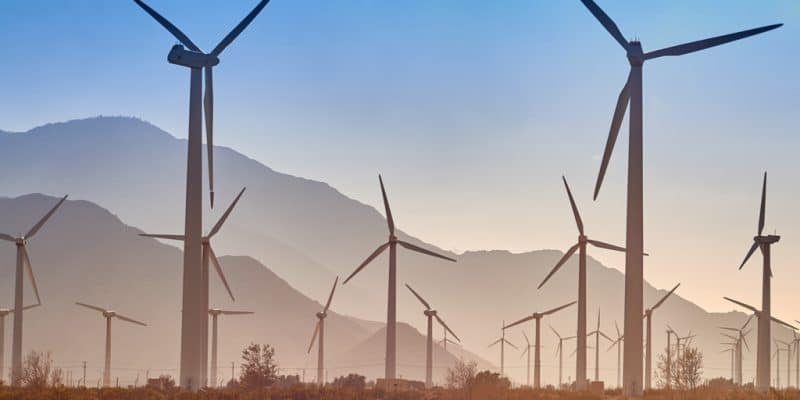 Lake Turkana Wind Power (LTWP) recently announced the start of operation of its wind turbines. Electricity is fed directly into the national grid, with a tariff negotiated in advance by Kenya Power (KPLC).

“Today at 11:30 a.m., we commissioned 175 turbines,” it was through that tweet that Lake Turkana Wind Power (LTWP) announced, on October 10, 2018, the sale of the first megawatts of electricity to Kenya Power (KPLC). The construction of LTWP’s power plant has been completed since March 2018. The 428 km transmission line was to be installed immediately by Grupo Isolux Corsan but the Spanish company encountered financial difficulties that would explain the delay in completing the work.

The 400 kV high-voltage power line, finally installed, will now gradually transport the energy produced by Lake Turkana’s 365 wind turbines. LTWP has a production capacity of 310 MW, capable of supplying 330,000 households in Kenya. The park will represent 15% of Kenya’s total production of 2,351 MW.

LTWP is one of Kenya’s major renewable energy investments, with a total cost of more than $850 million. The project has been the subject of unprecedented financial mobilization. It has therefore received financing from many financial institutions: the African Development Bank (AfDB), which is heavily involved in energy issues in Africa, Standard Bank of South Africa, Nedbank, which is very advanced in financing private renewable energy projects in South Africa, the European Investment Bank (EIB)…

The World Bank was committed to supporting the project but in 2012, the financial institution decided to withdraw, fearing for its profitability. More specifically, World Bank Group country director in Kenya, Johannes Zutt, said at the time that the country could end up with a surplus of up to $100 million worth of electricity on the electricity grid each year.

LTWP says the wind farm will reduce Kenya’s dependence on diesel and some heavy oil thermal power plants. Fuel imports for thermal power plants currently cost the Kenyan taxpayer $150 million per year. Their replacement would therefore generate net revenue of $35 million per year and $673 million in tax revenue over a 20-year period… During the construction phase, approximately 2,500 people were hired. After its final commissioning, LTWP will continue to employ more than 200 people in Kenya.