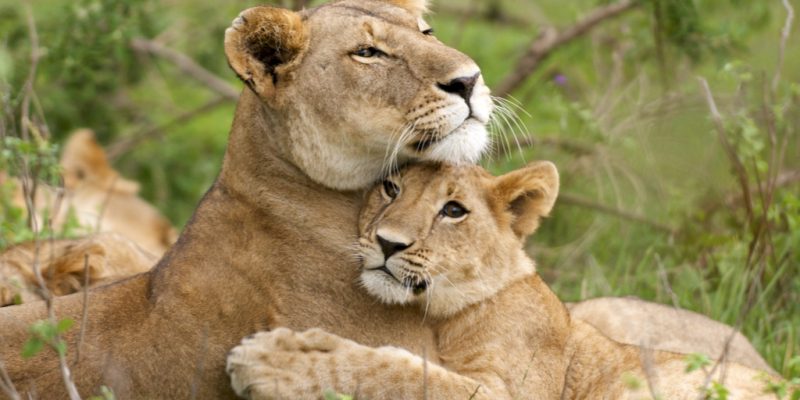 The Kenya Wildlife Service (KWS) has been testing a new approach to wildlife protection for some time. The Kenyan Wildlife Management Authority is using contraceptives in lionesses to limit births and thus protect the endangered black rhino. This KWS solution is condemned by conservationists who consider it "inappropriate".

In Kenya, conservationists are angry and are expressing their concern. The reason for their frustration is a new method of protecting black rhinos developed by the Kenya Wildlife Service (KWS). The solution proposed by KWS is the use of contraceptives on lionesses in order to limit births within the species, the main predator of the black rhinoceros. According to conservationists, the KWS could have found better ways to protect endangered animals, especially as the lions themselves are becoming rare in Kenya and across the African continent.

The Africa Wildlife Foundation estimates that over the past two decades, the African lion population has declined by 43 percent and now stands at only 23,000.

In the face of complaints from animal rights activists, the KWS wants to reassure them that everything is being done with “great care”. For the pilot phase of the black rhino protection project, six 5-year-old female lions were selected from the close to 2,000 lions in the country. The contraceptive implanted on the lionesses will be effective for one year. “Kenya has less than 1,000 black rhinos. The country loses four of them every year to the lions. This causes a huge imbalance in the wildlife. We want to do something about it. So if contraceptives work, this will be an option that the KWS will consider when trying to manage lion populations,” says Patrick Omondi, director of biodiversity research and planning at the Kenya Wildlife Service (KWS).

Before considering the option of using contraception to protect Kenya’s black rhinos, the KWS looked at the possibility of relocating them to new habitats. “We concluded that relocation of predators is not recommended, as it takes a long time for them to settle in new areas and during this adaptation period, many of them usually stray off the protected area. Others even get killed in the new areas,” explains Patrick Omondi.

In 2018, for example, eight of the 14 black rhinos transferred to Tsvo East National Park died after consuming salt water.