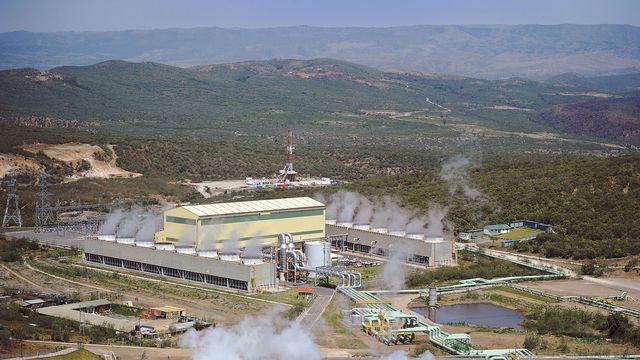 An agreement was signed between the Kenyan company Sosian Energy and the Korean company Korea Western Power. The contract covers the supply of equipment, operation and maintenance of the 35 MW Menengai geothermal power plant.

The agreement between Kenyan company Sosian Energy and Korea Western Power was signed during South Korean Prime Minister Lee Nak-You’s recent visit to Kenya. The agreement provides that Korea Western Power will provide equipment for the construction of the Menengai geothermal power plant in western Kenya. He also expects the Korean company and Sosian Energy to operate and maintain the future plant for 25 years.

In reality, this partnership aims at technology transfer for a country that is “determined to exploit its geothermal potential”. “Kenyans have been trained by Korea on geothermal technology, a collaboration that is important for the country,” said Joe Mucheru, the Kenyan cabinet secretary in charge of Information, Communication and Technology.

Korea Western Power is the renewable energy subsidiary of Korea Electric Power Corporation. The company employs over 1,700 people and knows very little about the African continent. It is well established in Asia as one of the operators of a hydroelectric dam located in the Attapeu region, in south-east Laos. Its collapse on 22 July 2018 caused seven villages to be submerged by 500 million tons of water. According to the Laotian authorities, 19 people died and 131 disappeared. This disaster was caused by heavy rains.

This is not the only South Korean investment in Kenya in recent weeks. During the Korean Prime Minister’s visit to Uhuru Kenyatta, several other agreements were signed, including a concessional loan of 13 billion shillings ($100 million) for the development of Konza Technology City, the future smart city of this East African country. Nak-You, who was on his first visit to Kenya and Africa, called the country “the gateway to East Africa” and said it was the continent’s most important partner. “Kenya has abundant resources, manpower, political stability and strong government potential that creates synergy when combined with Korea’s advanced technology,” Nak-you said in a speech in Nairobi.