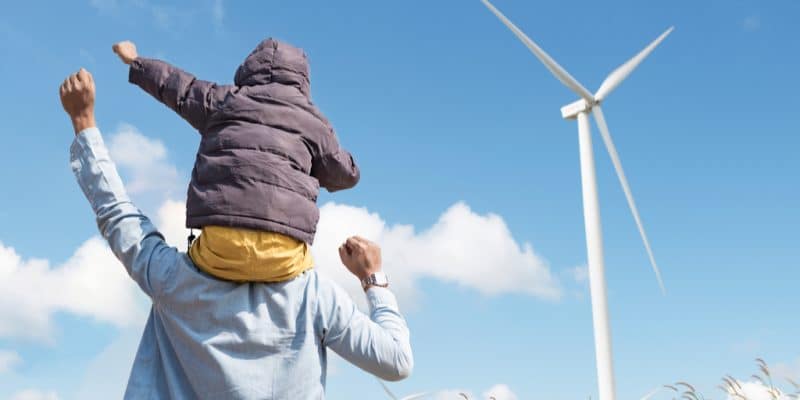 The justice system in Lamu County, in eastern Kenya, has just ruled in favour of Kenwind Holding Limited, the subsidiary of the Belgian company Electrawinds, based in Kenya and specialised in wind energy production. Kenwind was in litigation with the American company Cordison International over the Lamu wind project, which was challenging her land rights.

The Lamu wind project in Lamu County, in eastern Kenya, has been revived. It had been delayed for months due to legal proceedings brought by Cordison International, an American company against Kenwind Limited, a subsidiary of the Belgian company Electrawinds, based in Kenya. The latter was accused of fraudulently obtaining the land on which the Lamu wind farm was to be built.

After examining the case, the Lamu Court of Appeal finally dismissed the Cordison International application. The end of the judicial procedure signals the resumption of this project, which is suspended by the judges’ decision. When the verdict was announced, people showed their enthusiasm by chanting slogans in favour of Kenwind. This will allow the company to continue investing 21 billion Kenyan shillings (nearly $210 million) in Lamu County.

The wind farm to be built in Lamu County will have a capacity of 90 MW. It will be located on 1,294 hectares of land in the Baharini village, 20 km west of Lamu Port. The 38 wind turbines of the park will rotate thanks to the winds brought by the Indian Ocean. The electricity produced by the installation will be evacuated via a 220 kV high-voltage line over 323 kilometres, connecting Lamu to Rabai, Kilifi County. It is from this location that the park’s electricity will be fed into the grid.

To achieve this result, however, it will be necessary to compensate farmers who have given up their land for the construction of the wind farm. “I can assure you that Kenwind Holdings will ensure that those who will be impacted by the project will be compensated even before we sign the final lease,” promised Susan Nandwa, Kenwind’s Director.

It will be supported by the International Finance Corporation (IFC), the World Bank’s corporate finance arm. The latter has promised to finance part of the project.