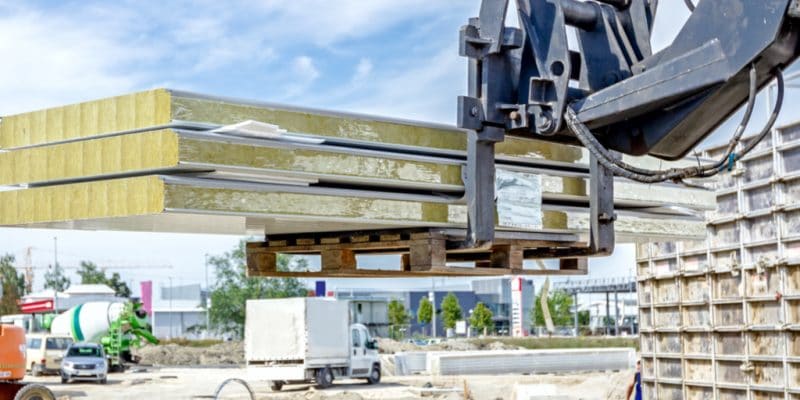 Forty million dollars is the amount that the American "green building" company, Innova Eco Building System, will invest in Kenya. The company plans to build an insulation board manufacturing plant in the new environmentally friendly city of Mwale Medical and Technology City (MMTC). An agreement now exists between the Miami-based company and the authorities of the new and sustainable city.

The new green city, Mwale Medical and Technology City (MMTC), is developing. It will soon be home to a factory manufacturing insulating panels. That is the ambition of Innova Eco Building System, a company based in Miami, USA. The plant should be operational within a few weeks.

As a first step, a production line for insulated magnesium-cement panels will be commissioned. Before the end of 2019, two other lines will be operational. According to Innova, “by the end of 2020, the plant will have tripled its production and will be able to meet more than half of Kenya’s new annual housing demand”. These insulating panels enable energy saving at home.

If Innova has decided to set up in Kenya, it is because it has understood and wishes to support the ambition of the local authorities. The announcement of these investments comes after the signature of a partnership with MMTC. The new city is currently being built in the Butere sub-county in Kakamega, in the west of the country. MMTC will house 4,800 affordable, medium-sized, environmentally friendly homes. Also in this new city, a 5,000-bed reference hospital is being built. One of Kenya’s largest shopping centres will be built there, as well as an airport to facilitate the movement of residents.

The entire city will be powered by renewable energy sources. In particular, hundreds of solar street lamps are planned as well as a plant capable of producing 144 MW via a household waste incinerator with energy recovery. Before opening MMTC to the population in 2020, the Kenyan government will have invested no less than $2 billion.

On site, Innova’s products will make it possible to build ecological residences and promote the expansion of the city. The company’s expertise in this sector is widely recognised in the United States. She has received the SIPA Building Excellence Award several times. The award recognises innovation in the production of insulating panels for the construction of environmentally friendly homes.

BENIN: Brick manufacturing unit, based on plastic waste to be built soon