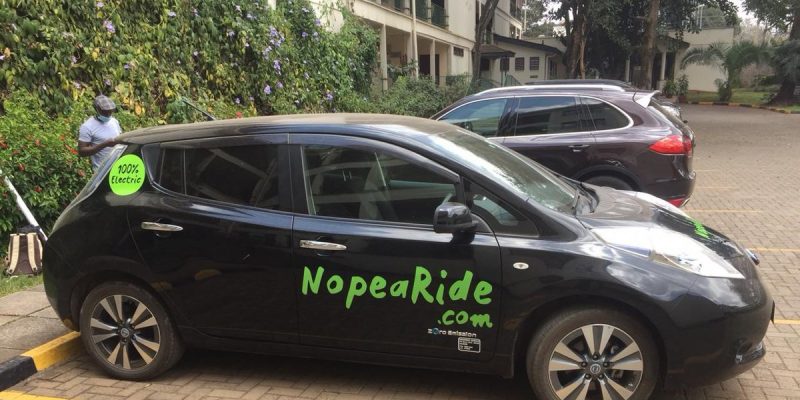 EkoRent Africa, a subsidiary of EkoRent Oy signs a partnership with InfraCo Africa, an investment company of the Private Infrastructure Development Group (PIDG). The agreement aims to invest €1 million in the NopeaRide electric mobility solution in Nairobi, Kenya.

Launched with great fanfare 3 years ago, the NopeaRide electric mobility solution is attracting investors. This is the case of InfraCo Africa, an investment company of the Private Infrastructure Development Group (PIDG). It has just signed a partnership with the project promoter, EkoRent Africa, a subsidiary of EkoRent Oy. The agreement aims to invest €1 million in this non-polluting mobility solution operating in the Kenyan capital Nairobi.

NopeaRide, which is one of the rare 100% electric taxi services on the African continent, has a large fleet of electric vehicles with as many recharging stations in the Kenyan capital. Drivers and customers connect via a platform from a mobile application.

InfroCo Africa, which aims to be at the forefront of mobility in Africa, estimates that its investment will enable EkoRent Africa to increase its NopeaRide fleet by up to 100 electric vehicles (70 more), in parallel with the expansion of the necessary charging stations across the city of Nairobi. “New charging stations will be deployed efficiently and cost-effectively, using data from Nopea applications (for drivers and passengers), vehicles, charging stations and monitoring of traffic flows and most frequented routes,” says InfraCo Africa.

Attracting further investment to the project

According to InfraCo Africa, Africa’s metropolises are expected to be home to an additional 950 million people by 2050. In a context of such rapid urban growth combined with limited public transport and dependence of transport vehicles on fossil fuels, traffic congestion is expected to increase and degrade air quality in Africa’s major cities.

Hence the need to invest in cleaner mobility solutions such as NopeaRide. In addition to reducing CO2 emissions, its electric vehicles and charging stations reduce fleet operating and maintenance costs compared to taxis with combustion engines. According to InfraCo Africa, these savings are reflected in EkoRent Africa’s revenues, which are 30-50% higher than for conventional taxis.

The finance company estimates that the €1 million investment in NopeaRide should attract other investors in the emerging electric mobility sector on the African continent.