Homepage » KENYA: How government reforested more than 14,000 hectares of forest in 9 years

KENYA: How government reforested more than 14,000 hectares of forest in 9 years 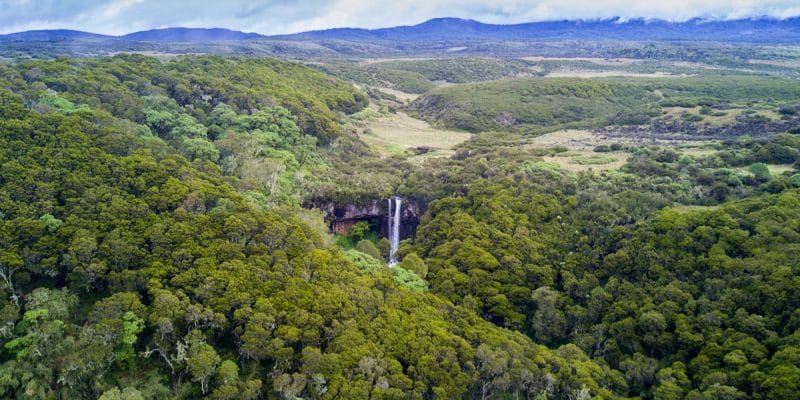 The "Project to support the development of Green Areas", funded by the African Development Bank, has helped save more than 50% of the ground vegetation. Three thousand inhabitants have increased their income by protecting the forest.

The current state of Kenya’s forests has almost erased from memory the grim landscape provided by the ground vegetation until nearly two decades ago. Kenya had lost nearly 50% of its ground vegetation between 1980 and 2000 and about 300,000 hectares of forest had been destroyed as a result of intensive logging, coal production and large-scale conversion of forest areas to tea plantations. Years of over-exploitation of forest resources without any consideration for ecosystems had resulted in bare hills. Deforestation had even caused the lowering of a local river in the western Rift Valley.

However, in these cleared areas, threatened by drought and famine, people living near the forest, mostly farmers and loggers, cut down trees, which they used for cooking and make charcoal for commercial purposes.

The situation turned into a critical one. Not only have thousands of animal and plant species as well as native populations suffered from drought and famine, but there were also many issues concerning the country’s economic future, as vital sectors like agriculture, tourism and energy, depend on the natural environment.

Reversing the trend in less than 10 years

Kenyan authorities launched the “Project to support the development of Green Areas” in 2007, as they were no longer wanted to remain powerless in the face of the galloping and disastrous increase in deforestation. The programme is funded with $38.8 million from the African Development Bank (AfDB), and aims both to promote forest regeneration and conservation in a bid to protect the environment, and improve rural livelihoods and the incomes of communities living near forest areas.

The success is due to the creation of a Kenya Forest Service, whose objective is to work closely with farmers to rebuild the country’s 7,000 km2 ground vegetation. Training in beekeeping and fish farming was also provided to farmers. The skills obtained thereof allow them to develop a completely different activity, thus ending their economic dependence on the forest.

In less than ten years, the results have been spectacular. As farmers and foresters have been working together, they have reforested 14,300 hectares of degraded forests. In order to better protect the country’s greenbelt land, buffer zones are being created, 1,500 hectares of tea are being planted as well as 5,700 hectares of firewood, along with the 342-km-rural-road which is being improved. The project also has positive economic benefits, since it will generate 3,000 sustainable jobs in communities near the forest. Altogether, 17,100 households, 40% of which is headed by women, saw their incomes increase.