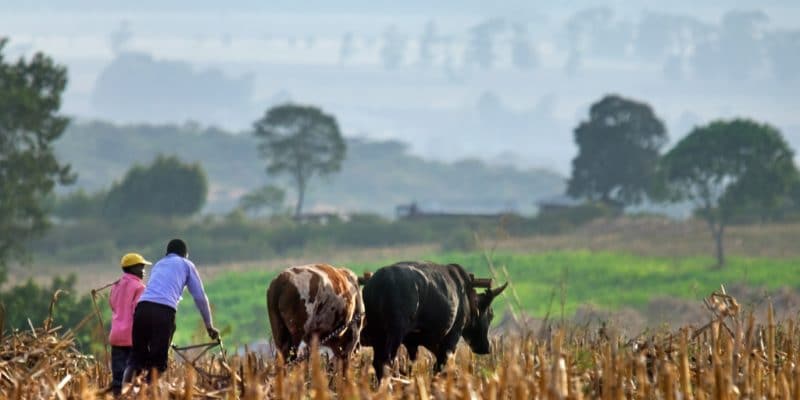 The Kenyan Ministry of Water, Sanitation and Irrigation is planning to build four water ponds in Homa Bay County, in the west of the country. The project will help develop irrigated agriculture and improve food security in a context of climate change.

The need for irrigation water for the people of Homa Bay will certainly be alleviated in the coming months, thanks to a new project. The project involves the construction of four water ponds in this county in western Kenya. Work on the first two facilities was recently launched by the Kenyan Ministry of Water, Sanitation and Irrigation.

The Gembe (Ponge village) and Lambwe (Ogando village) wards in Suba North constituency will host the first two water ponds. The Kenyan Ministry of Water, Sanitation and Irrigation expects the ponds to be commissioned in three months. The ponds will provide water for irrigation and livestock watering.

The future ponds will be filled during the rainy season to allow for irrigation of plantations in times of severe drought. Currently, people in this county travel long distances to get water. The first two water ponds will cost 30 million Kenyan shillings, about $273,000.

In a fortnight, the Kenyan Ministry of Water, Sanitation and Irrigation will start work on the other two water ponds in Homa Bay County. The facilities will be located in Tinga and Kokech localities. “In all, the irrigation project will benefit close to 1,000 households in more than five villages in Homa Bay County,” says Teresa Wenwa, Chief Executive of the central Gembe community. Details, including the cost and duration of the third and fourth ponds, will be revealed as the project progresses.

In addition to land degradation, the threat to food security, climate change also threatens biodiversity. According to the Intergovernmental Panel on Climate Change (IPCC), this phenomenon is expected to intensify in the coming years.