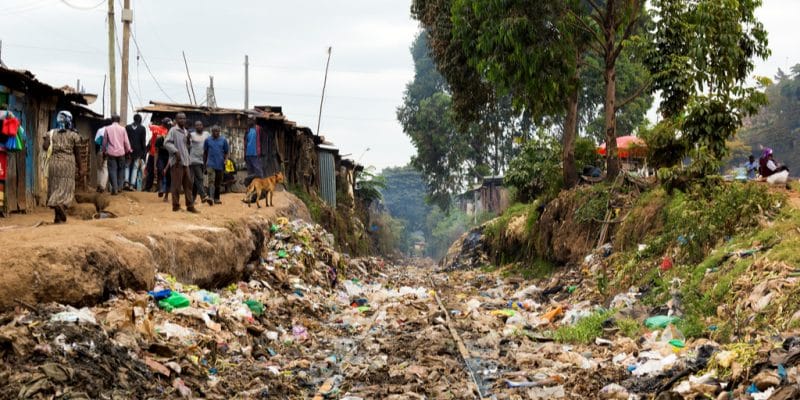 The Kenya Alliance of Residents Association (KARA) announces the launch of "Hatua". This is a mobile application that allows people to report cases of uncivilised solid waste disposal in Nairobi, the capital of Kenya.

In Nairobi, irresponsible solid waste disposal can now be reported through a new mobile application. Called “Hatua”, it was designed and launched recently by the Kenya Alliance of Residents Association (KARA), in collaboration with the United Nations Development Programme (UNDP) and the European Union (EU).

The aim is to improve the performance of the Nairobi Metropolitan Services (NMS), which collects 2,500 tonnes of solid waste per day out of the 3,000 tonnes generated daily by the capital’s population. The remaining 500 tonnes of waste ends up in bus stops, markets, on roads or dumped in illegal dumps, etc. “The complaints about illegal dumpsites that we have already recorded come from the informal settlements of Dandora, Eastleigh and Mathare, which are among the most polluted areas in Nairobi,” says Kara.

How effective is the approach?

These complaints are forwarded to the National Environmental Complaints Committee (NECC), which can then work more effectively in sanctioning cases of violation. As for the NMS agents, they will be able to better plan field visits to collect waste and raise awareness among the population on the basis of pollution complaints.

Although the launch of the “Hatua” application is welcomed by the Kenyan government, the problem of its relevance arises when we know that the uncontrolled disposal of waste by the population is partly linked to the inefficiency of NMS services. The overflow of the Dandora dump site (from 500,000 tonnes to 1.8 million tonnes of waste) is also a problem.

Several months ago, NMS appointed Kenya Electricity Generating Company (KenGen) to build a power plant that will incinerate the waste in the Dandora landfill to produce 40 MW of electricity. The project will require an investment of 20 billion Kenyan shillings, or about $182.5 million. KenGen will be responsible for the financial mobilisation, development and operation of the future power plant.