Homepage » KENYA: Government negotiates with Almar for desalination of water in Lotikipi

KENYA: Government negotiates with Almar for desalination of water in Lotikipi 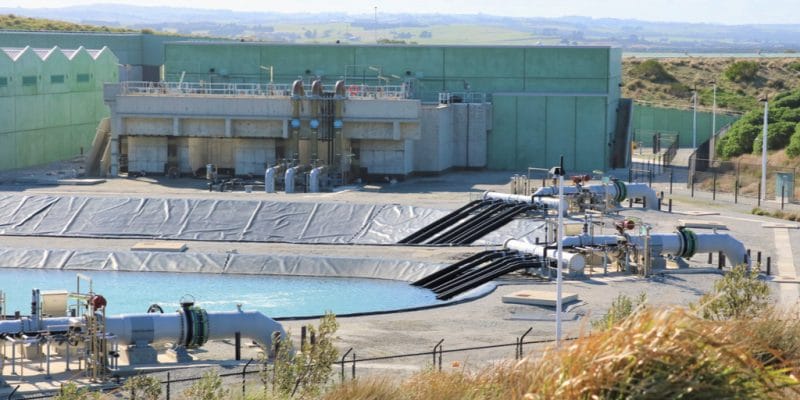 Discussions are currently underway between the Turkana County Government in Kenya and the Spanish company Almar Water for the construction of a desalination plant for the Lotikipi aquifer.

The mobilisation of the Turkana County Government to provide drinking water to its population is about to bear fruit. The latter relies on desalination of the water in the Lotikipi aquifer. He is currently negotiating with Almar Water, a Spanish water treatment company that has many assets in countries with arid and desert climates.

The talks are well advanced as, according to Tito Ochieng, the director of water services in Turkana County, an agreement could be reached within a few months. “The investor is in the process of validating a business plan that provides for the sale of water to companies, while subsidising access to water for the local population,” explains this local official.

The desalination plant that will be built in the very arid county of Turkana will be built in the Nanam village. It may be too early to know its capacity, let alone the exact cost of its construction. However, Tito Ochieng says it will require an investment of between 5 and 10 billion Kenyan shillings (between 48.2 and 96.5 million dollars).

If Almar Water is awarded this contract, it will represent the second opportunity that the company has taken in the desalination sector in Kenya. The company, which employs more than 17,000 people worldwide, is currently involved in the implementation of a seawater desalination project in Mombasa County, on the coast in eastern Kenya. It will lead to the construction of desalination plants that will provide 130,000 cubic metres of drinking water per day from the waters of the Indian Ocean. Almar Water is carrying out this project with Aqua Swiss, a company based in Plan-les-Ouates, near Geneva, Switzerland.

Two other companies have shown interest in exploiting the Lotikipi aquifer. These are the Spanish company Aqua Advise and Systel Engineering, an Indian company. The Turkana County government must accelerate its desalination project to help its people who are paying the price for the relentless drought currently affecting eastern and southern Africa. In Turkana County, known for its particularly arid climate, the situation is even more difficult, forcing people to leave with their cattle to Uganda or Ethiopia.