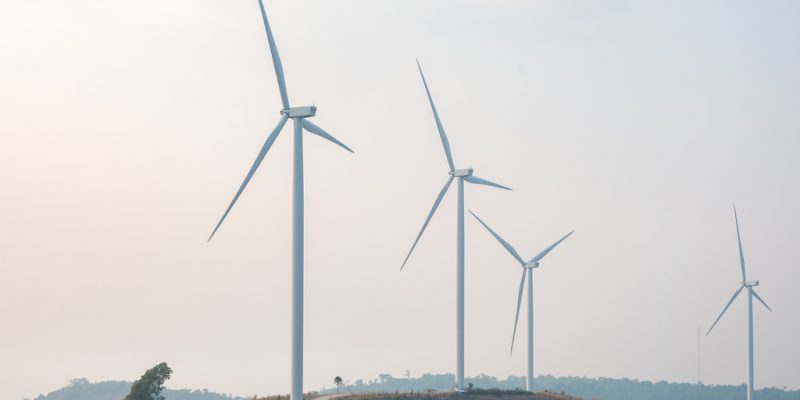 The American group General Electric has completed work on the site of the Kipeto wind project in southwest Kenya. With an expected capacity of 100 MW, the installation belonging to the Kipeto Energy consortium will be commissioned before the end of the year.

The works are completed at the Kipeto wind project site located in Kajiado county in southwestern Kenya. The project is carried out by two subsidiaries of the American conglomerate General Electric. Based in Paris, France, GE Renewable Energy supplied and installed 60 wind turbines. The contract signed in 2019 also provided for a 220 kV high-voltage line that will be used to transport electricity from the project site to the Isinya substation, also in Kajiado county.

After the commissioning of the 100 MW Kipeto wind farm, GE Renewable Energy maintained it. The sister company GE Energy Financial Services (GE EFS), based in Connecticut in the United States, took care of the financial mobilisation for the realisation of the project developed by the Kipeto Energy consortium. The special purpose company is 88% owned by the British financial company Actis and Craftskills Wind Energy International (12%), a company based in Nairobi, Kenya.

The 100 MW of electricity produced by the Kipeto wind farm will be sold to the public company Kenya Power (KPLC) in application of a 20-year power purchase contract (CAE) signed in 2015 Kipeto Energy estimates that its wind farm will be able to supply clean electricity to 40,000 Kenyan households.

The total cost of this renewable energy project is $ 344 million. It is financed by a $233 million loan from Overseas Private Investment Corporation (OPIC), which has become the American Company for Financing International Development (DFC), after its merger with the Development Credit Authority (DCA). The rest ($ 88 million) is provided by the two shareholders of the project: Actis (88%) and Craftskills Wind Energy International (CWEIL) (12%).

The construction of the Kipeto wind farm is part of the Power Africa initiative, launched by former US President Barack Obama to promote access to electricity and the development of renewable energies with the objective of total capacity of 30,000 MW.