KENYA: GDC diversifies use of geothermal steam in western Kenya 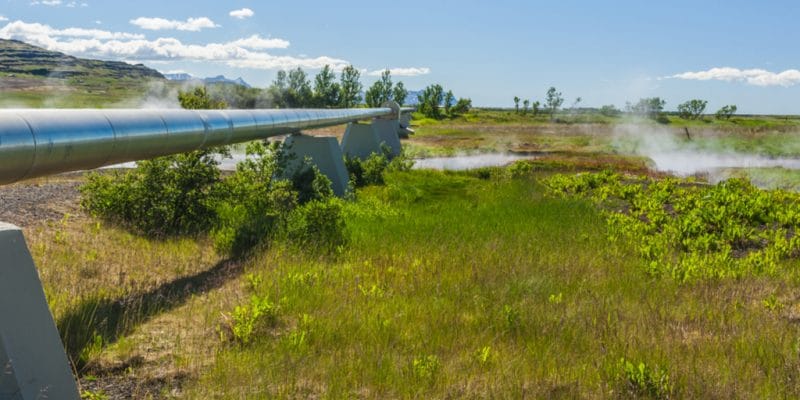 Geothermal energy is revolutionising agricultural practices in western Kenya. Now it is possible to dry cereals quickly and even in the rainy season. This is thanks to a drying plant that has just been commissioned in Menengai by the Geothermal Development Company (GDC). The plant is capable of drying 20 tons of grain per day. It should reduce production losses, which are often linked to bad weather during the rainy season.

“We are pleased to see the progress of this project, which is unique in Africa. It shows that we can focus on other areas of geothermal energy use than electricity production,” says Agusta Gisladottir, Iceland’s Director of Regional Development Cooperation and Partnerships. The project on the application of geothermal energy in agriculture was funded by the Icelandic International Development Agency (Iceida).

The state-owned company GDC is also developing pilot projects for the use of geothermal heat for milk pasteurisation and greenhouse agriculture in western Kenya.

The application of geothermal steam in the industrial sector

As part of its policy to diversify the use of geothermal energy, GDC has signed a partnership agreement with the Nakuru County Government to create a joint venture that will develop an industrial park near the Menengai geothermal site in the Rift Valley.

On site, GDC plans to drill a new borehole to produce steam that will be sold “cheaply”. “We will partner and support all economic efforts that will make full use of geothermal energy and the industrial park concept is very promising,” says Lee Kinyanjui, Nakuru County Governor.

For the record, the Menengai geothermal site is at the heart of a major project that will see the construction of three steam power plants. The project is being developed by three independent power producers (IPPs). They are Orpower Twenty Two, Quantum Power East Africa and Sosian Energy. These companies benefit from a geothermal concession financing programme set up by the Kenyan government to increase investment flows from donors such as the African Development Bank (AfDB) and the World Bank to support renewable energy infrastructure development projects.

The three plants to be built by the IPPs will have a combined capacity of 105 MW. This power will be sold to the state-owned Kenya Power (KPLC) under Power Purchase Agreements (PPAs).