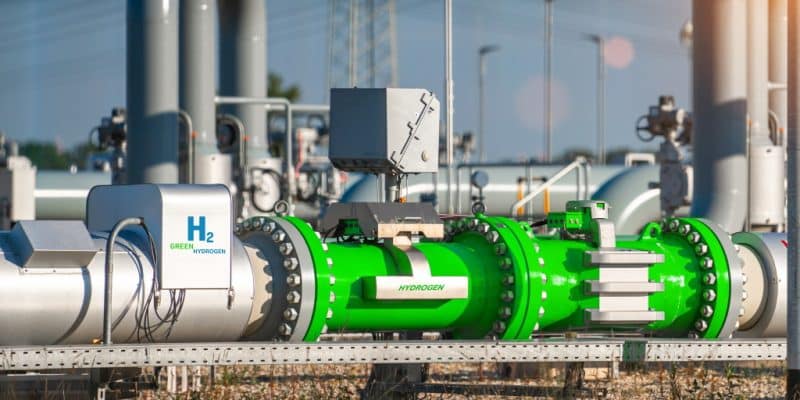 On the sidelines of the 27th United Nations Climate Change Conference (COP27) in Sharm el-Sheikh, Egypt, Fortescue Future Industries (FFI), a subsidiary of the Australian group Fortescue Metals, has signed a contract with the Kenyan authorities to decarbonise agriculture. FFI plans to produce ammonia from clean electricity.

The framework agreement was signed on 8 November 2022 between Kenyan President William Ruto and Andrew Forrest, the executive chairman of Fortescue Metals. Through its subsidiary Fortescue Future Industries (FFI), the Australian group, which is diversifying into the nascent green hydrogen industry, wants to contribute to the decarbonisation of agriculture in Kenya, by focusing on the production of locally produced low-carbon fertiliser, thus avoiding the import of large ships that contribute to the pollution of the planet.

In addition to this environmental benefit, the fertiliser will be produced from ammonia. This product will be obtained by transforming the hydrogen produced through the electrolysis process, which allows the transformation of electrical energy into chemical energy. The feasibility study for this project has not yet been carried out. But Fortescue is already counting on a capacity of 300 MW of clean electricity.

Building a plant in Naivasha

“By switching from fossil fuels to green ammonia, Kenya can eliminate its dependence on imports, reduce the cost of fertiliser and increase its food and economic security. Today’s agreement puts Kenya on the path to industrial decarbonisation and we are committed to supporting them every step of the way,” says Andrew Forrest.

Fortescue is expected to build its first hydrogen and ammonia plant in Naivasha, near the Olakaria geothermal field in Nakuru County. Fortescue’s final investment decision for this project is expected in 2023, following a feasibility study. The plant is expected to be operational by 2025. Group officials have also agreed with the Kenyan authorities to develop two other projects “that could increase renewable electricity generation for green industries to 25 GW, which could ultimately produce up to 1.7 million tonnes of green hydrogen per year for export”, says FFI.

This green hydrogen production capacity will be developed at plants in the coastal cities of Lamu and Mombassa. The agreement signed with the Kenyan government is part of Fortescue’s strategy to accelerate its investments in the emerging green hydrogen industry. The group is also negotiating the establishment of a green hydrogen and ammonia plant in the Suez Canal Economic Zone in Egypt. FFI expects to have a capacity to convert 9.2 GW of clean energy.