Homepage » KENYA: Faced with drought, the State will restore land in 11 counties

KENYA: Faced with drought, the State will restore land in 11 counties 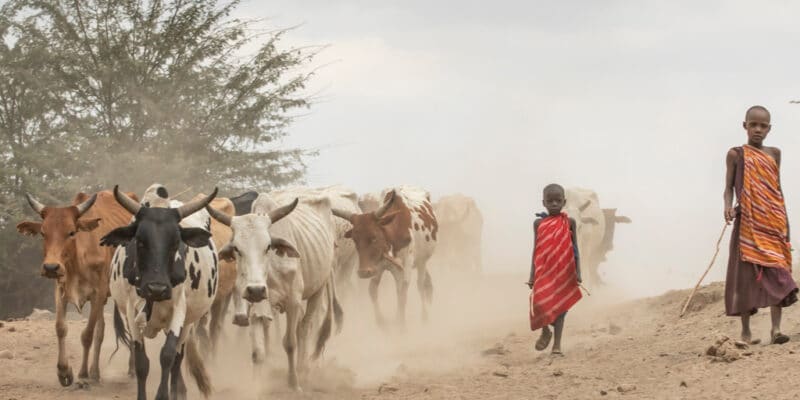 Kenya's central government has just launched a project to combat climate change in at least 11 counties. The aim is to restore land degraded by drought, the main consequence of climate change in Eastern and Southern Africa.

In Kenya, the central government is providing US$34 million for the implementation of a climate change project. In this East African country, this global phenomenon is manifested by drought, which causes water stress and land degradation. The project launched by the authorities aims to restore 500,000 hectares of pasture land in 11 arid counties.

In Kenya, localities affected by climate change are classified as arid and semi-arid (Asal) areas, partly because of the relatively low amounts of annual rainfall received. According to the International Union for Conservation of Nature (IUCN), the Asal cover 80% of Kenya’s land area, with 16 million people living in these areas, or about 30% of the population.

The Asal are particularly sensitive to droughts and floods, and with the increasing impacts of climate change, these areas are considered to be at risk of desertification. In addition, a significant percentage of these areas have been degraded by deforestation and overgrazing, further reducing land productivity and threatening food security, livelihoods and biodiversity.

To address this situation, the Kenyan government has even created a Ministry of Asal with the main task of fighting drought-induced poverty. The Kenyan authorities estimate that the recently launched project will benefit 620,000 people living mainly on livestock and agriculture. The project is supported by the Green Climate Fund (GCCF). The intervention of this United Nations (UN) mechanism is expected to increase over the next few years in Eastern and Southern Africa.

Scientists believe that the La Niña climate phenomenon is likely to intensify in the coming years. This episode is manifested by drought, which pushes populations to migrate. According to the Kenyan authorities, the great drought of 2017 has affected 2.7 million people, with many families displaced.

Ivory Coast: Paru launched in Yopougon in response to flooding and pollution