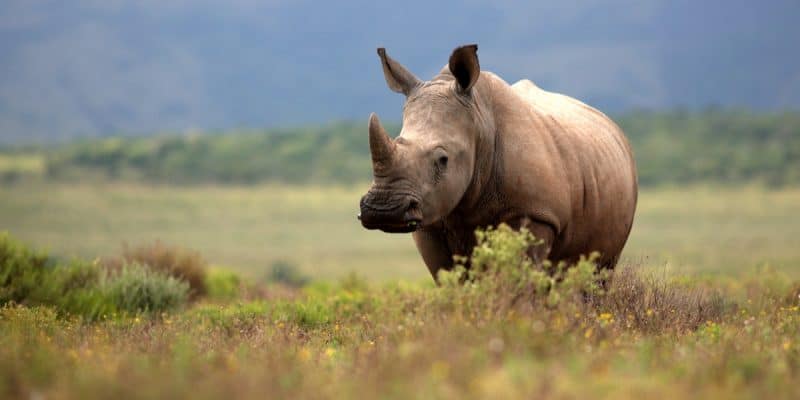 Drastic measures, including the strengthening of the Wildlife Protection Act, have enabled the Kenyan government to reduce poaching of rhinos and elephants by 80%. Cited as an example for the protection of wildlife, the country has moved up a gear by introducing the life sentence, to put a definitive end to illegal trafficking in animals.

According to the latest official information, 9 rhinos and 60 elephants were killed by poachers in 2017 in Kenya. This is twice as low as the previous year, with 14 and 96 deaths respectively. Compared to the catastrophic figures of 2012, when Kenya had recorded the deaths of 30 rhinos and 384 elephants, this is a very sharp drop.

Compared to that time, poaching has dropped by 80% in general. According to the Kenyan Ministry of Environment, poaching of rhinos has decreased by 85% while elephant poaching has decreased by 78% between 2013 and 2017. However, this improvement in the trend is no coincidence. This East African country, whose wildlife is a pillar of the economy (through tourism), has taken strict measures to prevent the illegal killing and trade of protected species.

Faced with the alarming increase in the killing of wildlife species, including rhinos (1000 animals) and elephants (34,000 individuals), listed as vulnerable by the International Union for Conservation of Nature (IUCN), the government has not been idly unaware of the situation. In 2014, the then Minister of the Environment, Judi Wakhungu, obtained from Parliament a strengthening of the law on the protection of protected species. This includes a record fine of 20 million Kenyan shillings, or approximately 170,000 euros, and a life imprisonment sentence. A renowned ivory trafficker was sentenced to 20 years in prison in 2016, for example.

“Beyond the repressive aspect, we have developed ways to further protect wildlife. We have grouped the actions of the various wildlife protection agencies and the police. We have also strengthened the teams of rangers and their dogs who do an excellent job. We monitored the entry and exit points to and from the reserves. This was and still is a major concern in Kenya,” said the former Kenyan Minister of Environment, now Kenya’s Ambassador to France.

Thanks to this tightening of the law and accompanying measures, Kenya has become a model in Africa in the fight against poaching. On the continent, wildlife trafficking is the third largest illegal trade. An environmental crime that endangers Africans’ natural heritage and tourism activity on the continent, and costs African countries more than $70 billion each year in relatively flexible anti-poaching regulations. Maximum prison sentences for wildlife trafficking are 5 years in Congo, 3 years in Cameroon, and up to 10 years in Benin. In Gabon, where the maximum penalty is 6 months, a total of 371 kg of ivory and 31 panther skins were seized by the authorities in 2017.

This article, originally published in December 2018, has been significantly updated to better reflect the will of the Kenyan authorities to combat poaching. We initially announced the death penalty for elephant and rhino killers in Kenya. Like many other journals, Afrik 21 also used an article from the Chinese news agency Xinhua to announce this information, which turned out to be false.

The newspaper Le Monde recently recalled that the information had been denied by the Kenyan Minister of Tourism and Wildlife. Minister Najib Balala, who was contacted in March 2019 by the Africa Check information verification site, disassociated himself from the statements attributed to him by the Chinese news agency. Africa Check journalists also demonstrated the minister’s absence from the event at which Xinhua claimed the announcement had been made.

On the other hand, Minister Najib Balala had spoken out in favour of a life sentence for poachers: “We will change our laws. Anyone caught with ivory or killing wildlife will be imprisoned for life. This is what we want to do,” he said in March 2018. In view of the information provided by Africa Check, it seemed appropriate to us to correct the content of this article.

EAST AFRICA: Towards sustainable use of Lake Victoria’s resources

GABON: ROLBG files a complaint against Perenco for oil pollution at Étimboué