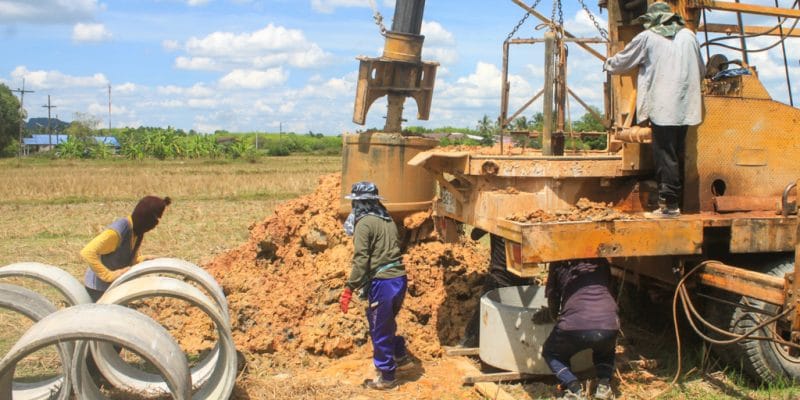 The European Investment Bank (EIB) has cancelled its 19.5 billion Kenyan shillings ($190 million) loan for the Akiira geothermal project in western Kenya. The project is at the heart of tensions between the population and local authorities.

Akiira’s geothermal project is failing. The European Investment Bank (EIB), the project’s largest lender, has recently cancelled its financing. The European financial institution was to provide a loan of 19.5 billion Kenyan shillings ($190 million) to Akiira Geothermal, the ad hoc company created for this project located in the Olkaria region of the Rift Valley in western Kenya.

“After careful consideration and considering that the EIB has not made any progress on the Akiira Geothermal expansion project over the past three years, the EIB has formally decided not to pursue its investigation of the project,” says Joan Manuel Sterlin Balenciaga, Deputy Director of the EIB’s Communication Division. This cancellation is a major blow for Akiira Geothermal.

Akiira’s geothermal project is being developed by a consortium composed of Centum Investments Company, Marine Power Generation, DI Frontier Energy Carbon Fund (a Danish energy fund) and Ram Energy. The aim is to produce 140 MW by exploiting the heat from the subsoil of the Rift Valley. This project will be carried out in several phases, the first of which will allow the construction of a 70 MW steam power plant.

Preliminary explorations for the first phase were not successful, despite the two geothermal wells that were drilled. In January 2019, Akiira Geothermal decided to carry out new explorations by drilling a third well. According to the company, drilling a new well was essential, as the amount of steam emerging from the first two wells was considered insufficient. But the project is expected to be much more expensive, at around $8.5 million. This represents approximately 70% of the investments already made for this project ($12 million).

With the cancellation of EIB financing, Akiira Geothermal’s round table promises to be longer than expected. “We still have potential partners. The EIB is one of them. Once we have completed the evaluation of the resource and finally confirmed its exploitation, we will be able to fully engage with them on the details of the financing,” says Anthony Kahindi, Akiira Geothermal’s CFO. The company can still count on Overseas Private Investment Corporation (OPIC), the U.S. development finance agency, which has already released $86 million since 2014.

However, behind the cancellation of the EIB loan, the environmental and social impact of the project is pointed out. A suspicion challenged by Akiira Geothermal. “Despite recent media reports, no social or environmental concerns have been brought to our attention as a result of our exploratory drilling activities. On the contrary, we continue to work closely with the local community to address social and environmental issues in the interest of both parties,” says Akiira Akiira.

On site, though, 47 families are occupying the land allocated by the Nakuru County authorities to Akiira Geothermal for the development of its project. They claim payment of travel expenses. A normal claim for a project of this magnitude. Yet the local government calls these families “fake squatters”. In fact, Nakuru County Development Implementation Coordination Committee (CDICC) gave 47 families seven days to leave the site.

“The CDICC has noted a trend whereby individuals are erecting temporary structures on land for megaprojects and awaiting compensation. They insist that the land belongs to their ancestors. All these families do not have land ownership documents for the plots they occupy,” says Erastus Mbui Mwenda, Nakuru County Commissioner. Akiira’s geothermal project is far from having been explored… in all its aspects.