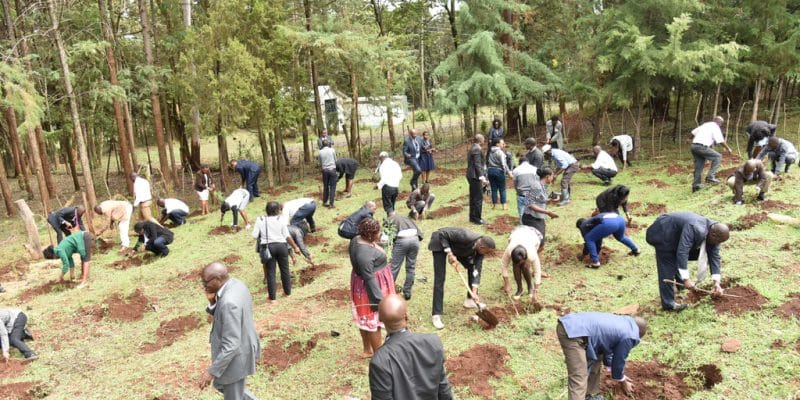 The central Kenyan government has recently made commitments to restore drylands. In the meantime, several public water companies in Nakuru County have launched a reforestation project around the Mau Forest.

It is an initiative that will appeal to ecology enthusiasts. Local companies that produce and distribute drinking water in Nakuru County have launched a reforestation project around the Mau Forest. They are: Nakuru Rural Water and Sanitation Company (NARUWASCO), Nakuru Water and Sanitation Company (NAWASCO), Rift Valley Water Works and Development Agency and Water Service Providers Association (WASPA).

More than 6,000 trees were planted in two days, mainly in the eastern part of the Mau Forest, which covers a surface area of more than 273,000 hectares. Other trees have been planted around the mouth of the Rongai River in the village of Oinoptich. To accompany this last action, an awareness campaign has also been launched for the population. “The campaign aims to encourage residents of eastern Mau to plant more trees in order to preserve the environment and the great Mau forest,” says Reuben Korir of NARUWASCO.

A project for land restoration

Kenya’s forest cover is 7.6%. The Kenyan central government is aiming for a target of 10% by 2022. The new campaign involving local water companies aims to plant an additional 1.8 billion trees over the next five years.

The Kenyan government has also set itself the goal of restoring land in arid and semi-arid lands (asals). The challenge here is to stop the spread of desertification caused by drought. The Kenyan Ministry of Environment and Forestry has set itself the goal of restoring all degraded land in Kenya by 2030. It relies on the support of the National Environmental Management Authority (NEMA) for this purpose.

“We have increased the resilience of communities to drought through technology transfer, capacity building and intervention projects to facilitate the management of desertification and land degradation,” said Geoffrey Wahungu, Executive Director of NEMA. This includes training people on reforestation and more specifically on planting species that can survive in the arid and semi-arid regions of the country, such as the acacia.