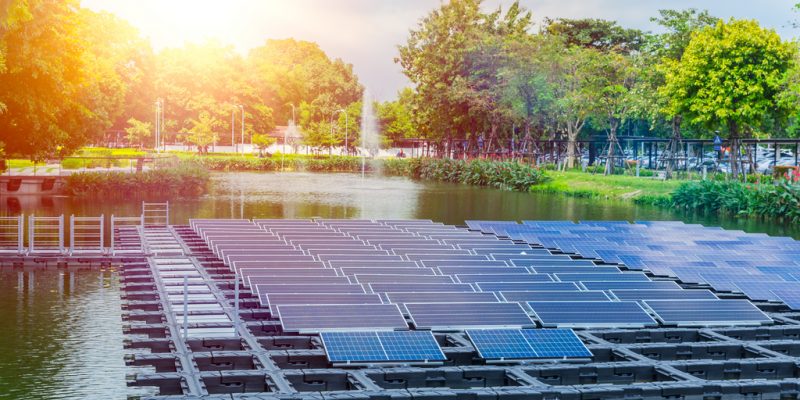 Ecoligo, a German crowdinvesting company focused on commercial and industrial solar projects in emerging markets, will soon be installing a 69 kW photovoltaic system on one of the water reservoirs in the Rift Valley Roses. The company is a family-owned rose-growing business located near Lake Naivasha north of Kenya's capital Nairobi. The floating solar power plant project is a first in the country.

Kenya’s first floating solar power plant will soon be commissioned for Rift Valleys Roses, a family-owned rose-growing business located near Lake Naivasha north of the Kenyan capital Nairobi. The 69 kW power infrastructure will be installed on one of the flower farm’s water reservoirs using a floating substructure.

The project, which aims to expand the farm’s operations, would comprise 216 solar panels supplied by Solarwatt, a German PV panel supplier, and four Kaco inverters, a German inverter manufacturer. It will be financed by Ecoligo, a German crowdinvesting company focused on commercial and industrial solar projects in emerging markets. The floating project will not only reduce the company’s electricity costs, but also its CO2 emissions by up to 68 tonnes per year. “We expect that 1628 kWh will be generated annually from every kilowatt installed with all the electricity generated and used by the flower farm,” says Ecoligo.

The new flower farm electrification project is not the first one financed by Ecoligo. In 2019, the German company enabled another solar power plant to be commissioned for Rift Valleys Roses. It has a capacity of 75 kWp.

The floating solar power plant project marks an important milestone in the expansion of solar energy in Kenya. A number of projects are thus in the pipeline in the country.

The Kenyan government will very soon implement a major sustainable development project targeting rural areas. This is the Kenya Off-Grid Solar Access Project (KOSAP), an initiative of the Kenyan Ministry of Energy. It is financed by the World Bank through its subsidiary, the International Development Agency (IDA). The KOSAP project will provide electricity via solar off-grid to 1.3 million households in remote villages in 14 counties in Kenya. It will also be used to install 380 solar water pumping systems and 150,000 eco-friendly cookers.