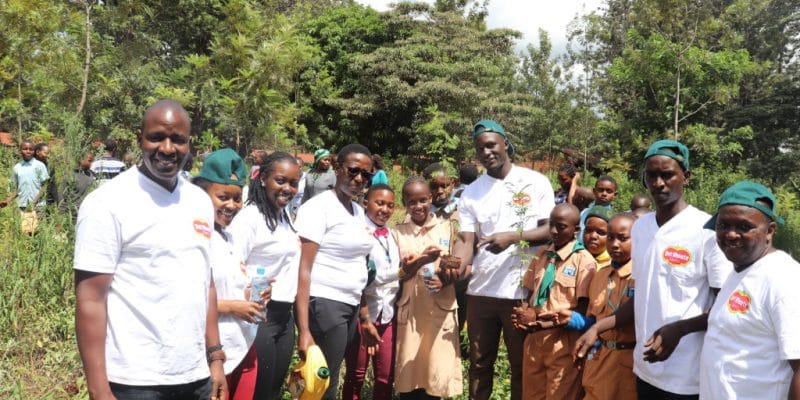 In Kenya, the American food company Del Monte is planting 1,000 trees in Murang'a County in response to the drought that has hit the East African country so hard. The initiative will also be carried out in other counties in order to limit the effects of climate change.

Among the areas most affected by deforestation in Kenya is Murang’a County, 69 km from the capital Nairobi. In order to halt the advance of the desert in this county of more than one million inhabitants, the American food company Del Monte Foods has just planted 1,000 trees at the Maragwa primary school.

“Now more than ever, our planet needs us to step up and take action to clean up a lot of the damage we have caused through our irresponsibility. Whether it is oil spills, air pollution, plastics or toxic chemicals seeping into our water, there is still a lot to be done to restore the balance of our ecosystem,” says the company, which exports pineapple products from Kenya.

This initiative is part of a large reforestation operation launched by Del Monte to plant 2.5 million trees throughout Kenya. Other counties will soon follow suit, making a significant contribution to the government’s goal of reducing Kenya’s greenhouse gas (GHG) emissions by 32%.

Just a month ago, Seedballs and Estonian mobility platform Bolt also embarked on a reforestation campaign to plant 11 million tree seeds in Kenya by scattering 25 tonnes of indigenous seeds among degraded land. The initiative, which is supported by several Nairobi-based non-governmental organisations (NGOs), will help mitigate the effects of climate change. In this East African country, national forest cover is currently estimated at 7.5% by the United Nations Environment Programme (UNEP).