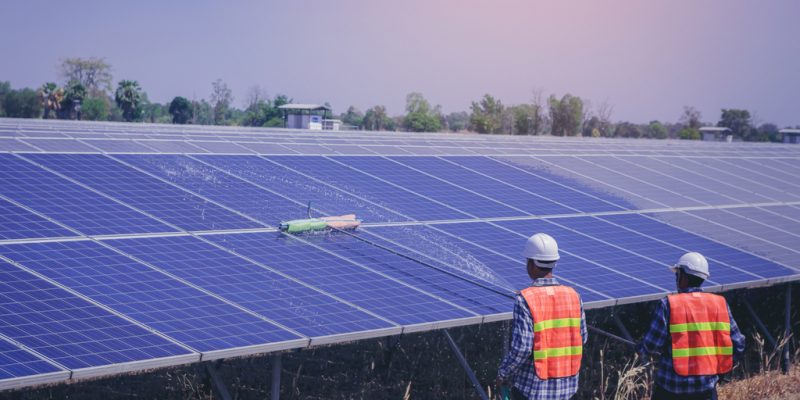 The Mundika drinking water plant in Busia County will soon be equipped with a 132 kWp solar system. The Kenyan company Davis & Shirtliff, which maintains the plant, wants to reduce its operating costs.

More than a year after commissioning, Davis & Shirtliff wants to install a solar photovoltaic system for the operation of the Mundika drinking water plant in Busia County in western Kenya. The installation will consist of solar panels and inverters capable of providing 132 kWp of electricity to power the station during the day.

The objective of this project is to reduce the station’s operating costs, which have an impact on the price of drinking water distributed to the populations of Matayos and Teso South sub-counties. The solar system to be installed by Davis & Shirtliff will thus be capable of providing 200 MWh of electricity per year.

“I congratulate the Busia County Government who, through this renewable energy, will save a lot of money from the treasury and redirect the savings on electricity bills to other development projects to improve the quality of life of the residents and raise the county’s profile for green energy generation in Western Kenya,” said David Gatende, Managing Director of Davis & Shirtliff.

The supplier of water treatment and power generation equipment estimates that the future solar power plant could save the Busia County Government about 4.4 million shillings (more than $41,000) annually on the operation of the Mundika drinking water plant. The plant was commissioned in 2019 after several months of work under the World Bank-funded Kenya Development Support Programme (KDSP).

The construction of the plant required an investment of 45 million shillings (over $420,000). The plant supplies 65,000 people, equivalent to 7,500 households, in Matayos and South Teso sub-counties.