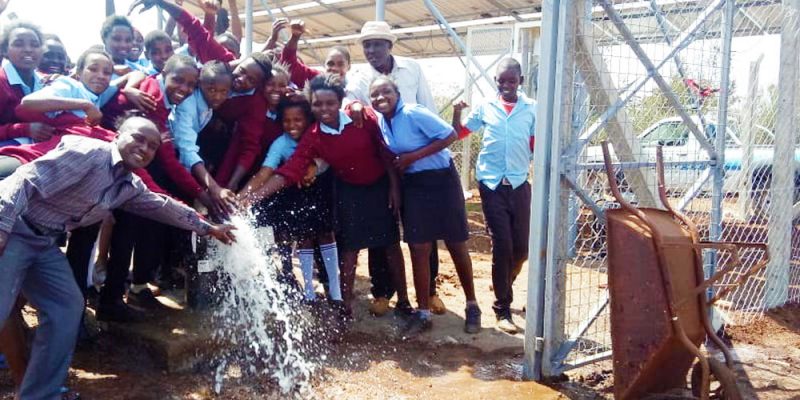 Humanitarian organization ChildFund has signed a partnership with Davis & Shirtliff. Under the agreement, the Kenyan company will provide its water supply solutions to arid and semi-arid areas in Kenya.

Davis & Shirtliff’s new contract is for the design and installation of drinking water solutions in communities in arid and semi-arid areas of Kenya. The Kenyan company won the contract from the humanitarian organization ChildFund.

Future installations include boreholes that will support existing infrastructure that is scheduled to be rehabilitated in the near future. Drinking water will be pumped using electrical equipment. Solar systems will take over in case of power cuts.

In the identified areas, water analysis services will also be deployed by Davis & Shirtliff. At the end of the project, the population, in particular schoolchildren, will be made aware of the need to make better use of drinking water facilities. The goal is to “make this resource accessible and affordable to more people,” says Edward Davis, Davis & Shirtliff’s managing director.

In addition to improving drinking water coverage in Kenya, the two partners want to strengthen people’s resilience to water stress. This is exacerbated by drought, which ravages crops and livestock, forcing many people to leave their homes in search of water and food.

This is not the first time Davis & Shirtliff and ChildFund have worked together in Kenya. Several months ago, the two partners completed four boreholes in Samburu and Marsabit counties. The facilities serve more than 30,000 people in seven schools and two health facilities, as well as animals. Davis & Shirtliff, the provider of water treatment and power generation equipment in Kenya, plans to expand into Ethiopia, Uganda and Zambia, three other East African countries facing drought.