KENYA: Chemususu’s drinking water system to be commissioned in June 2020 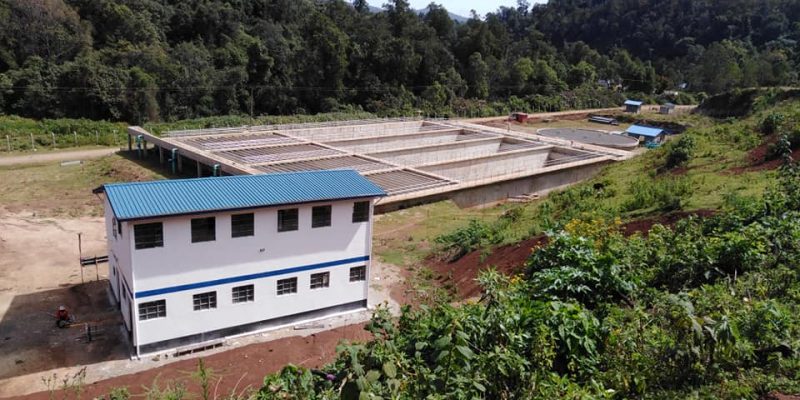 All of the facilities built as part of the Chemususu drinking water project will be delivered in June 2020. The project will benefit the populations of two counties in Kenya.

Part of the populations of Nakuru and Baringo counties will have an uninterrupted drinking water supply by June 2020. Thanks to new drinking water production facilities currently under construction in this part of the rift valley in western Kenya. A delegation from the Kenyan central government has made an assessment visit to the project site.

According to the Chinese company Guangxi Hydro, construction of the 30 water reservoirs at Eldama Ravine, Mogotio in Baringo County and Rongai sub-county in Nakuru are 65% complete. At least 10 reservoirs are already ready to store water. Guangxi Hydro plans to deliver the entire project in June 2020.

An investment of more than $29 million

Led by Andrew Tuimur, the Chief Administrative Secretary for Water, Sanitation and Irrigation (in the Kenyan government), the delegation also stopped at the construction site of the Chemususu drinking water plant. The water treated at this plant will be pumped from the Chemususu dam. The reservoir, which will be inaugurated in 2017, is 45 m high with a storage capacity of 12 million cubic metres.

The dam is intended to supply drinking water to the town of Eldama Ravine and its surroundings, the town of Mogotio and its surroundings, Kabarak University, the Kiamunyi area, the town of Nakuru and parts of Rongai sub-counties. The dam will provide drinking water for 600 000 people. The project has been delayed by four months due to demonstrations by the population in some localities through which the pipes that will carry the water to the towns will pass. Local residents were particularly opposed to the laying of 8 km of pipeline in the Chemususu and Narasha forests.

The project, which is part of the Kenyan government’s Vision 2030, will require an investment of close to 3 billion shillings (about $30 million). The financing is entirely provided by the Government of Kenya.