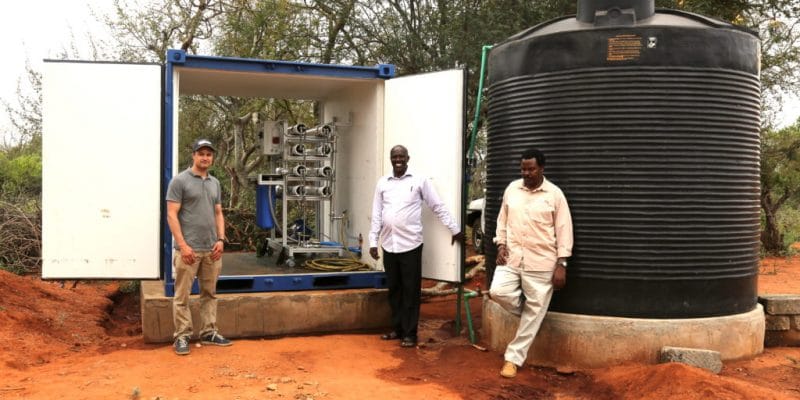 A partnership has just been announced to improve the supply of drinking water in Kitui County in South East Kenya. It has been launched by the investment fund manager Climate Fund Managers (CFM), in partnership with the Dutch Fund for Climate and Development (DFCD), and the solar desalination system supplier Solar Water Solutions (SWS), which has recently demonstrated its achievements in Namibia.

CFM will finance this new initiative through its Climate Investor Two (CI2) fund. “The total financing opportunity for the CI2 equity fund is estimated at US$15 million, with the intention to expand the platform throughout East Africa following successful implementation efforts in Kenya,” says CFM. The partnership plans for a pilot phase, followed by the full installation of 200 solar-powered desalination systems. The SWS plants will transform the brackish groundwater in Kitui County into drinking water.

According to the CFM, each installation will include a mobile container equipped with a reverse osmosis water treatment system, solar panels and a water dispenser that will allow local residents to purchase water using their mobile phone. Each installation will be powered solely by renewable energy, without the need for “expensive battery storage or grid electricity”.

The 200 desalination systems will be capable of supplying 1,300 m3 of drinking water per day and more than one GWh (per year) of clean off-grid energy to power the desalination plants. The small desalination plants will inexorably push up the rate of access to drinking water in Kitui County affected by climate change, which is manifested by water stress. In this part of Kenya, many wells used for water supply contain salt and fluoride, making the water unsuitable for direct consumption.

“With this partnership with CFM and, locally, with Kitui County and Epicenter Africa, together we can revolutionise access to safe drinking water in rural Kenya in the most sustainable way possible,” says Antti Pohjola, CEO of Solar Water Solutions. The company, which was launched in 2015, is thus entering a new market after completing a similar project in Namibia. In 2019, the young company installed a seawater desalination system in Henties Bay, a coastal town in Namibia’s Erongo region.