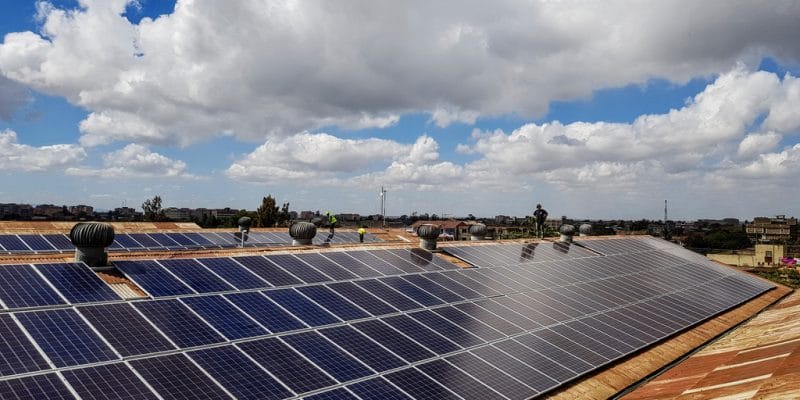 The public company Kenya Power (KPLC) has published its activity report which shows a sharp drop in demand for electricity, especially from companies that make up more than half of its customers. They are increasingly turning away from Kenya's national electricity grid to solar-powered stand-alone systems.

In Kenya, the massive adoption of solar energy by Kenyan businesses is not without consequences for the power utility. Kenya Power (KPLC), which supplies electricity to the national grid, is sounding the alarm, particularly about the drop in demand. In its latest report, the utility notes that the demand for electricity in the last financial year was 3.7%, below the 10-year average of 5.9%. For the year ahead, KPLC expects a further decline, with demand expected to be 2.3%.

“The slowdown in demand growth is further exacerbated by increased threats of grid defection by the industrial category as decentralised renewable energy options become more available and cheaper,” KPLC explains in its report. Yet, according to the utility, industrial and commercial customers account for 54.8% of its electricity sales revenue.

In the fiscal year ending June 2019, Kenya Power sold 4,462 GWh of electricity to the industrial sector, pocketing 63 billion Kenyan shillings ($573.3 million). However, these revenues could decline in the coming months as companies increasingly turn to decentralised solutions. Yet Kenya’s national power grid is growing steadily, with new power generation facilities coming on stream.

This is the case of the Menengai I geothermal power plant, which has been injecting 35 MWe into the KPLC power grid for the past few months. For geothermal power generation alone, many other projects are under development in the Rift Valley in western Kenya. In addition, solar power plants are under construction, particularly in Kisumu (40 MWp). This installation will deliver its first MWp within 2 years.

Following the example of KPLC, electricity utility companies could find themselves in difficulty in other countries such as Zimbabwe with Zimbabwe Electricity and Distribution Company (ZETDC) or South Africa with its company Eskom already in difficulty. But in the case of South Africa, the demand for electricity is much greater, as the rainbow nation is the most industrialised country on the African continent.

TOGO: a training institute for renewable energies will be built in Lomé

ZAMBIA: EU to subsidise renewable energy to the tune of $23 million