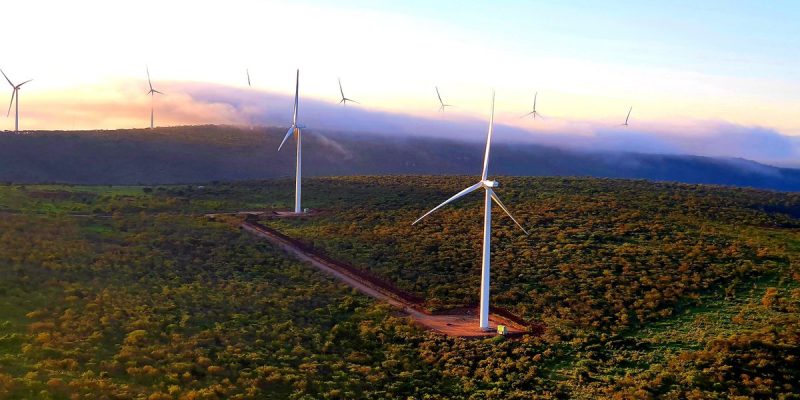 Independent Power Producer (IPP) BioTherm Energy is connecting its Kipeto wind farm to the grid of the state-owned Kenya Power Corporation (KPLC). The 100 MW facility will be brought into commercial operation in the coming months.

The Kipeto wind farm is entering its test phase. After two years of work, the installation has just been connected to the Kenyan national electricity network. This operation will be followed by tests, as well as the gradual commissioning of the installation, which has a capacity of 100 MW. The Kipeto wind farm, which is the second installation of its kind built in Kenya, is made up of 60 turbines supplied by GE Renewable Energy, a company based in Paris, France and subsidiary of the American conglomerate General Electric.

The company that also installed the turbines built a 220 kV line that will be used to transport electricity from the project site to the Isinya substation in Kajiado County. Each wind turbine is capable of producing 1.7 MW. They have been installed in the foothills of Ngong Hills in Kajiado County, about 30 km southwest of Nairobi, the capital of Kenya. The park, which will come into commercial operation in a few months’ time, is owned by Kipeto Energy, which is 88% owned by BioTherm Energy, an independent power producer (IPP) based in Johannesburg, South Africa. The Kenyan company Craftskills also owns 12% of the Kipeto wind farm.

Kipeto Energy, the company created ad hoc for the development of this renewable energy project, has signed a 20-year Power Purchase Agreement (PPA) with the state-owned Kenya Power (KPLC). The total cost of this wind project is $344 million. Its financing was made possible thanks to a US$ 233 million loan from Overseas Private Investment Corporation (Opic), which became the American Corporation for International Development Finance (DFC) after its merger with the Development Credit Authority (DCA). The remainder of the financing was provided by BioTherm Energy.

The US funding is part of the Power Africa initiative launched by former President Barack Obama to accelerate the electrification of the African continent through renewable energy. The wind farm that is about to come on stream will increase Kenya’s installed capacity while diversifying its electricity mix. The country also has the Lake Turkana wind farm which has a capacity of 310.25 MW.