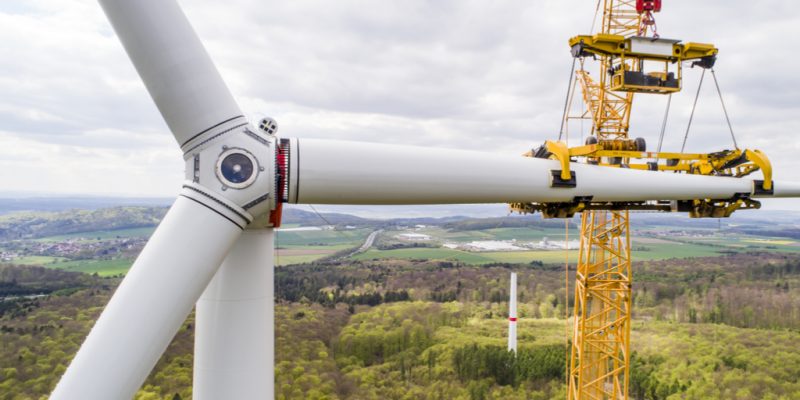 The African Trade Insurance Agency (ATI) has announced that it will support the launch of the Kipeto wind project in southwest Kenya. It is developed by the British company Actis. The financing is provided by Overseas Private Investment Corporation (OPIC), a company controlled by the US executive, which raises private capital to finance development assistance through the strengthening of the private sector.

Kenya is about to launch its second-largest wind farm. It will be located in Kipeto, a locality in the southwest of the country. To accelerate the project, the African Trade Insurance Agency (ATI) announced its support for the project. Its support should make it possible to release the funding.

The Kipeto wind project has two developers; Overseas Private Investment Corporation (OPIC), an American financing and development institution, and the British company Actis. They asked ATI to provide 10-year insurance coverage, renewable on demand, “to protect the project against the risk of late payment in electricity purchase”.

“This project highlights the strategic change of the ATI and its growing importance on the energy sector in Africa.” Over the past two years, we have launched two potentially transformative initiatives. The Regional Liquidity Facility (FRLF), the African Energy Guarantee Mechanism (AEGF), and we will soon launch a related transparency tool. Together, these institutions will inject more than $1 billion in guarantees for renewable energy projects in Africa. Our goal is to provide viable solutions to African governments,” said George Otieno, ATI’s Chief Executive Officer.

The construction of the Kipeto wind farm has been entrusted to the project company Kipeto Energy Limited (KEL). It completed the financial round in August 2018, raising $233 million. The money was injected only by OPIC. The future park will be built on a 70 km2 site. It has a capacity of 100 MW. Kipeto’s energy will be sold exclusively to the national distributor, Kenya Power (KPLC), under a 20-year power purchase agreement.

The contract for the financing component was signed in Washington, D.C. (USA). It was attended by President Donald Trump and President Uhuru Kenyatta. “OPIC is proud to support the construction and operation of the Kipeto wind farm, which will add reliable energy to Kenya’s national grid,” said Ray W. Washburne, president and CEO of OPIC, highlighting the importance of the relationship between the United States and Kenya.