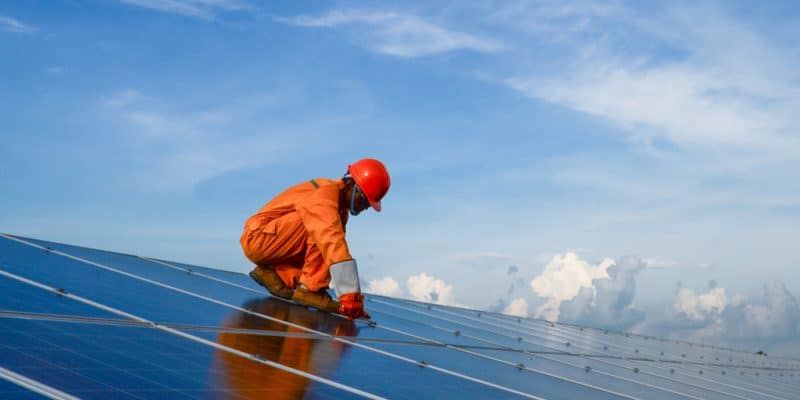 The Kopere solar project will be supported by the African Development Bank (AfDB) and the Climate Investment Fund (CIF). The two financial institutions will provide a concessional loan of $18.17 million for the construction of the 50 MW Voltalia solar park.

The Kopere solar project will be supported by the African Development Bank (AfDB). Located on the border between Nandi and Kisumu counties in western Kenya, the project is being carried out by the French company Voltalia. According to the Pan-African financial institution, the Climate Investment Fund (CIF) will contribute $11.6 million to the project as part of its Renewable Energy Expansion Programme (SREP-Scaling Up Renewable Energy Programme).

SREP is a programme dedicated to low-income countries. The money will therefore be injected through the AfDB. “This project could be the first solar photovoltaic project on a utility scale in Kenya under the guaranteed feed-in tariff (FiT) policy. We are convinced that the provision of long-term and concessional financing will have an important effect in attracting more investors, and encouraging them to engage in Kenya’s vast solar opportunities,” said Amadou Hott, AfDB Vice-President in charge of Electricity, Energy, Climate Change and Green Growth.

For the Kopere solar project, Voltalia benefits from the Kenyan government’s renewable energy policy, and especially from the public-private partnership (PPP). The energy it will produce will be sold to Kenya Power (KPLC), the state-owned company in charge of electricity transmission and distribution. The AfDB loan also marks the beginning of the implementation of the project. Voltalia estimates that after its commissioning, the solar park will be able to supply up to 600,000 people in Kenya.

The company, which employs nearly 500 people, also offers low-cost energy for Kenyan households. “By providing access to quality energy at a lower cost than current production costs in Kenya, the Kopere project will diversify Kenya’s energy mix and ultimately help reduce dependence on fossil fuels,” said Wale Shonibare, Director of Financial Solutions, Policy and Energy Regulation at the AfDB. In accordance with the agreement with KPLC, Votalia is expected to run the solar park over a period of 20 years.