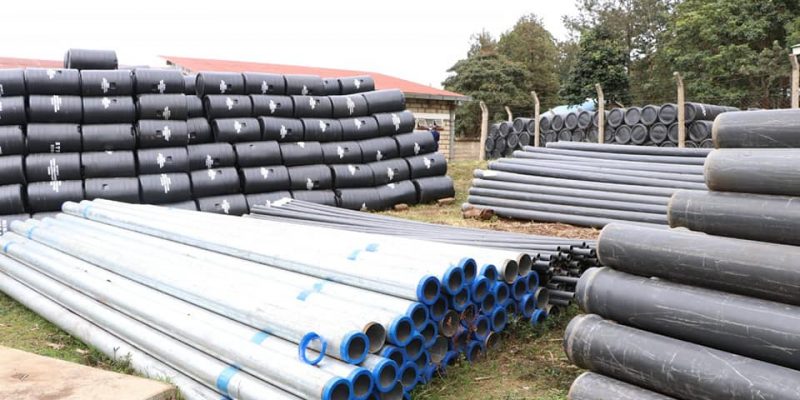 Meru County in Kenya has new drinking water facilities. These include 8,000 tanks that will store 2,400 m3 of water, as well as pipes to transport the resource to the various localities.

The installation of the new equipment is part of a major water supply project underway in Meru, a county in the former Eastern Province of Kenya. The project consists of 8,000 plastic water tanks that will be installed in households. The new facilities are capable of storing 2,400 m3 of drinking water.

The water pumped from the groundwater table will pass through new pipes before being supplied to Kenyan homes. “Currently, the county has 195 operational boreholes powered by solar energy. We plan to exceed 200 boreholes by December 2022,” says Meru County Governor Kiraitu Murungi. To achieve this goal, the local authorities have also launched the rehabilitation of 26 other electric pumps. “We will ensure that every ward in the local semi-arid areas of Meru has at least five functional boreholes by 2022,” says the local government.

An investment of 90 million Kenyan shillings

The project aims to improve the supply of drinking water, agriculture and livestock in Meru. Like most counties in Kenya, water shortages in Meru are caused by drought, a consequence of climate change. Water stress also affects agricultural and livestock production, on which the people of Meru County are directly dependent.

For the laying of pipes and rehabilitation of boreholes, the Meru County government has set aside 30 million Kenyan shillings, or more than $276,000. “We will also invest 60 million Kenyan shillings (about $552,000) to rehabilitate existing water intakes in the county, which were destroyed by floods during the last rainy season,” says Kiraitu Murungi, the Meru County Governor.