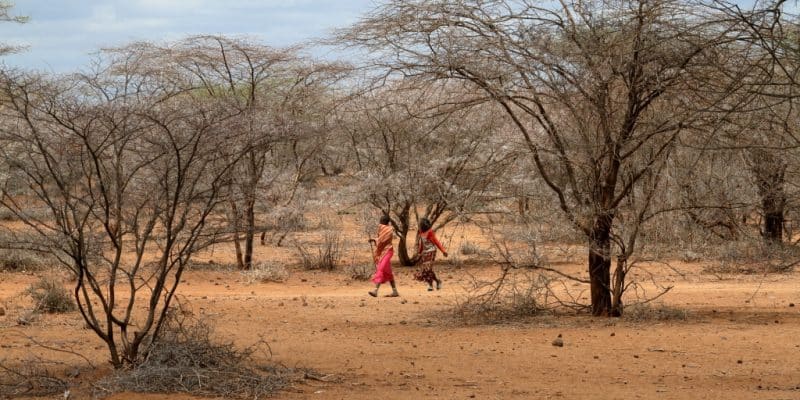 The United Nations (UN) is joining with the Kenyan government and other international organisations to launch an appeal for $472.6 million to help more than 6 million people affected by drought in Kenya. The country is facing one of the worst droughts in its history.

As the 27th United Nations Conference of the Parties on Climate Change (COP27) closes in Sharm el-Sheikh, Egypt, the United Nations (UN) is joining the Kenyan government in a call for action. The aim is to support more than 6 million people who are food insecure due to the drought affecting Kenya. This is the worst drought the Horn of Africa country has ever experienced,” said Stephen Jackson.

The UN Resident Coordinator in Kenya travelled to Garissa County a few days ago to get a first-hand look at the climate emergency in that part of Kenya. The UN official was accompanied by Kenyan Vice President Rigathi Gachagua and the Executive Director of the United Nations Environment Programme (UNEP), Inger Andersen. Together, they called on the international community to act on the “devastating consequences” of the drought.

The crisis in ASAL

“Let us keep in mind and in our hearts that each of those 6.4 million people who urgently need our help are individuals with hopes and dreams like Asha Kasmis. Six-year-old Asha was forced to flee her home with her family here in Garissa and drop out of school to help her mother cope with the drought,” said Stephen Jackson during his visit to Garissa County.

This climate crisis is particularly affecting the arid and semi-arid lands (ASAL). According to the Kenyan government, ASALs account for 89% of the country and about 38% of Kenya’s population. In addition, these areas are home to over 90% of the wildlife that supports the tourism industry, contributing 12% of Kenya’s gross domestic product (GDP). The ASALs are home to 70% of the country’s livestock, which is estimated to be worth 70 billion Kenyan shillings, more than US$571 million.

The role of humanitarian organisations

ASALs are facing the fifth rainy season with very low rainfall. And with no rains, rural people are struggling to cultivate land or feed livestock. As a result, at least 6.4 million people will need assistance in 2023, according to humanitarian organisations working in the field. “At least 4.35 million people are going to bed hungry and about 5 million people do not have sufficient access to safe drinking water,” the UN says.

Despite the lack of funding, 89 human partners are present on the ground. Between January and September 2022, these organisations were able to reach one million people. Thus, 763,000 people have benefited from access to drinking water. These partners support the Kenyan government’s response to the drought. “Our resources are not enough to meet the challenges of climate change,” said Kenyan Vice President Rigathi Gachagua during his visit to Garissa County. In addition to Kenya, the prolonged drought is threatening people’s livelihoods throughout the Horn of Africa, including Somalia and Ethiopia.