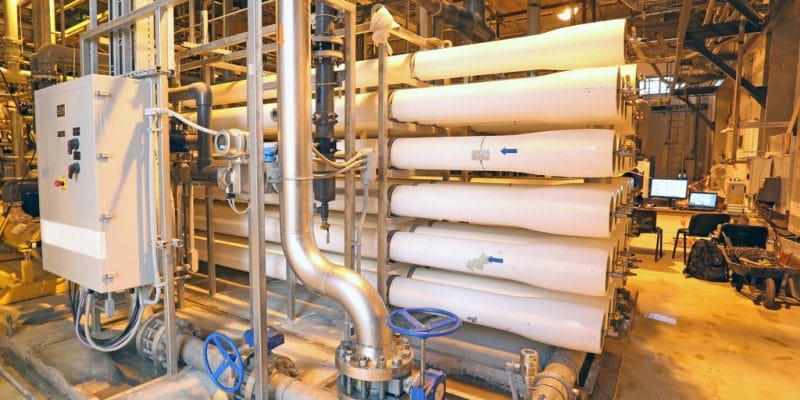 The German companies Boreal Light and Atmosfair will work with the Kenyan companies Water Kiosk Ltd and Bilal Sustainable Development Programme to develop 40 solar-powered water desalination systems in several counties in Kenya. The project will require an investment of 435 million Kenyan shillings (over $4 million).

Several arid and semi-arid areas of Kenya will soon benefit from 1,000 m³ of drinking water per day. Four companies have just joined forces to build 40 solar-powered water desalination systems in several counties of the country. The counties are Wajir, Garissa, Marsabit, Mandera, Mombasa, Naivasha, Turkana, Machakos, Makueni, Kajiado, Narok, Kwale and Taita Taveta. These counties face a shortage of drinking water. Three towns in Tanzania will also benefit from the water desalination project. This is the case of Arusha, Tanga and Dodoma.

The project will be carried out by the companies Boreal Light, Atmosfair, WaterKiosk and Bilal Sustainable Development Programme. These companies will finance the works to the tune of 435 million Kenyan shillings (over $4 million). “The desalination project in Kenya will be a game-changer in the deployment of sustainable technological solutions for the supply of water to disadvantaged communities in Kenya and the rest of the region. It is a viable but extremely expensive process,” says Hamed Beheshti, CEO of Boreal Light GmbH.

The role of each company

The desalination project will be mainly financed by Atmosfair, a German organisation that offers offsets for greenhouse gases emitted by planes, cruise ships, coaches and events. It will sell the carbon credits generated by the use of the systems. Boreal Light, a German company specialising in renewable energy solutions, will manufacture the water desalination systems. WaterKiosk, a Kenyan foundation committed to fighting water scarcity, will install and operate the desalination systems across Kenya while preparing the extension to Tanzania. Bilal Sustainable Development Programme, a Kenyan organisation in charge of sustainability and local development will oversee the entire project. It will also ensure that the social, legal and sustainability aspects of the project are respected.

Benefits of the desalination project

The 40 desalination systems to be built in the counties of Kenya will remove salt and other minerals from water to make it safe to drink and suitable for other uses. Solar-powered drinking water kiosks will be installed to supply the population. The project will also support more than 20 fish farms and the irrigation of 40.47 hectares of plantations. Ultimately, more than 100 permanent jobs will be created for kiosk operators.