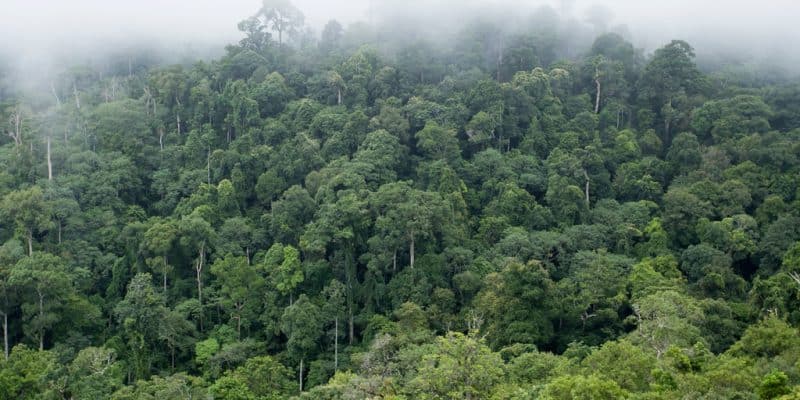 The Ivorian government is launching the second phase of the Forestry Investment Project (PIF2) with €143 million in funding from the World Bank. The initiative, which focuses on the protection of ecosystems, will enable the reforestation of 20,000 hectares of forest by 2030.

Ivory Coast wants to increase its forest cover to 20% by 2030, compared to 9.2% today, according to estimates by the United Nations Environment Programme (UNEP). To achieve this, the authorities of this West African country are launching the second phase of the Forestry Investment Project (PIF2). The project is financed to the tune of 143 million euros (94 billion CFA francs) by the World Bank.

“This initiative aims to conserve and increase the forest stock through an agroforestry programme covering 300,000 hectares of degraded classified forests through an intensive reforestation strategy covering 20,000 hectares of forest, as well as improving the livelihoods of the population,” explains Laurent Tchagba, the Ivorian Minister of Water and Forests.

PIF2 will be implemented in the south-western part of Ivory Coast, particularly in the districts of Bas-Sassandra, Gôh-Djiboua, Montagnes and Sassandra-Marahoué. In the long term, the project will make it possible to increase the number of hectares of forest from 2.97 million to 6 million throughout the country.

At a total cost of US$15 million (about CFAF 7.5 billion), also financed by the World Bank, the first phase of the FIP, which started in 2018, carried out reforestation activities in the centre of the country and within the Taï National Park, which is part of the Taï-Grebo-Sapo forest complex located on the border with Liberia. The initiative aimed to increase public and private investment in the conservation and safeguarding of nature, as well as respect for the rights of indigenous people and local communities.

At the same time, citizen reforestation initiatives have been multiplying since the beginning of 2022 in Ivory Coast with the common objective of rehabilitating and extending forests. It is in this context that the Ivorian branch of BGFI Bank recently mobilised civil society to plant 300 Terminalia mentale trees (trees with 20-metre high trunks used as ornaments in gardens and parks, editor’s note) in Duibo and Kpato in the town of Divo.

Read also-Ivory Coast: 300 trees planted in Tiébissou as a result of bush fires

In September 2022, the Ivorian government initiated a reforestation and biodiversity protection awareness campaign in Tiébissou in the Aries region. This region, located 389 km from Abidjan, is affected by massive deforestation, which is partly caused by bushfires set by farmers for cocoa cultivation.