Homepage » IVORY COAST: Waca pleads for the creation of an environmental court

IVORY COAST: Waca pleads for the creation of an environmental court 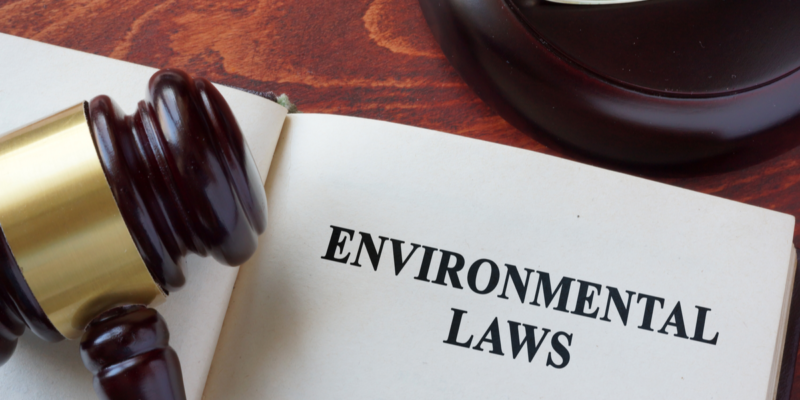 In Ivory Coast, the coordinator of the West African Coastal Management Programme (Waca) has just made a plea for the establishment of courts specialised in the repression of environmental crimes. Professor Ochou Delfin went further and also called for the creation of an environmental police force.

The reinforcement of legislative measures for the protection of the environment is becoming urgent in Ivory Coast. With an annual deforestation rate of 8.9% according to the United Nations (UN) 2020 report on deforestation, Ivory Coast is on track to lose its entire national forest cover by 2034. To reverse the trend, the West African Coastal Management Programme (Waca) in Ivory Coast is advocating for the institutionalisation of specialised environmental courts.

The repression of environmental crimes in Ivory Coast has so far been confronted with a legal vacuum, despite previously expressed demands. In April 2019, Senator Jérôme Durain and members of the Socialist group in the Ivorian Senate tabled a bill in this sense, but to no avail. The parliamentarians had notably asked for the introduction of environmental crimes in the Penal Code. In support of their demand, the authors of the bill cited the Probo Koala case, in which a ship chartered by a Swiss company dumped hundreds of tonnes of toxic waste in Abidjan in 2006, killing 17 people and causing health problems for more than 100,000 others.

The rarity of environmental courts in Africa

Ivory Coast is far from the only African country without an environmental court. According to a study by the United Nations Environment Programme, published in 2016, only five countries in sub-Saharan Africa – The Gambia, Mauritius, Nigeria, Sudan and Kenya – have environmental courts or courts integrated into the administration. Yet these specialised courts have become a necessity for all countries, given the recurrence of environmental crimes. “Specialised courts are justified by the increase in complex environmental litigation and allow for better interpretation of the law,” says Cindy Salim, a lawyer with the German Konrad Adenauer Foundation in Kenya.

The latest work on environmental legislation in Ivory Coast took place in September 2020. The Ivorian Ministry of Environment and Sustainable Development organised a national workshop to validate the draft law on the environment code and its implementing decrees. The new 287-article code will allow Ivory Coast to have a multisectoral code that integrates environmental components such as deforestation, marine erosion, agriculture and aspects of climate change that were not taken into account by the former environmental code adopted on October 3rd, 1996.