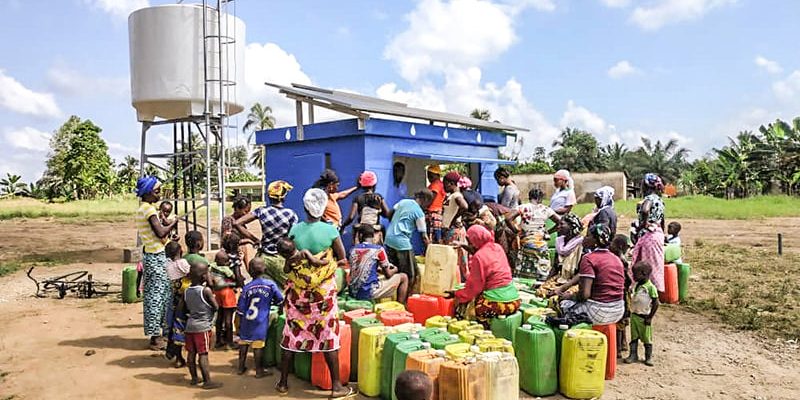 The French company Vergnet Hydro, a subsidiary of the Odial Solutions group, has won an €18 million contract to rehabilitate 1,000 boreholes in Ivory Coast. Solar hybridisation, which is at the heart of this project, will enable the supply of drinking water to 600 000 people in the country.

The “Water for All” programme is continuing in Ivory Coast. The Ivorian government has just launched the rehabilitation of 1 000 boreholes. The French company Vergnet Hydro will implement this other project, financed to the tune of 18 million euros thanks to a concessional loan from France.

The aim is to improve the supply of drinking water to 600 000 people in Ivory Coast. Vergnet Hydro plans to carry out preliminary blowing, cleaning and verification work on each borehole. Each installation will be equipped with a solar and a manual pump, as well as a 4 m3 tank, taps and related equipment (pipes, cables, etc.).

Optimising the operation of boreholes

Vergnet Hydro will install solar photovoltaic systems on all the boreholes. The rehabilitated pumps will take over in the event of a power cut, to ensure 24-hour coverage of the population with drinking water. The existing electric boreholes are far from operating at full capacity because of an unstable electricity network.

The company, headed by Thierry Barbotte, has strengthened its activities in Ivory Coast in recent years. In February 2020, Vergnet Hydro won the contract to build 17 drinking water supply systems in several regions of the West African country, including 12 electric and five mixed (solar/electric or solar/thermal) systems. The five solar systems have capacities ranging from 4 to 7 kWp.

The construction of the new water systems will require an investment of CFAF 2.8 billion (€4.3 million). The installations will provide drinking water to 50,000 people in several villages in the regions of Tchologo, Poro, Bagoué, Kabadougou and Folon.