Homepage » IVORY COAST: Towards “Zero plastic on the beaches” objective

IVORY COAST: Towards “Zero plastic on the beaches” objective 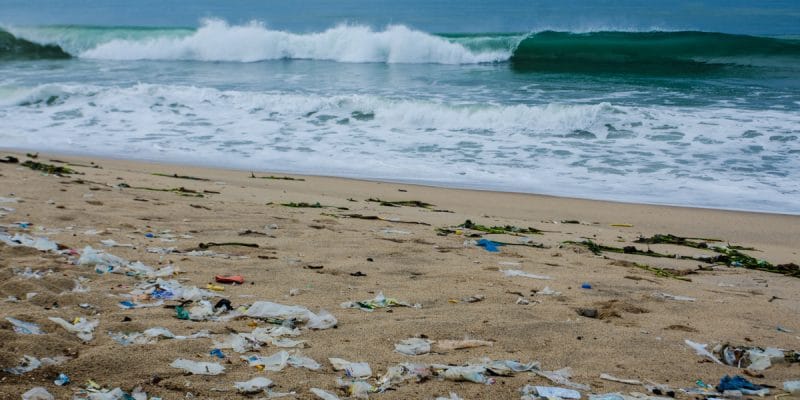 A campaign to clean up beaches in Ivory Coast was launched following the signing of four additional protocols to the Abidjan Convention for the Protection of the Marine Environment and Coastal Areas. The NGO Yes Green Earth initiative aims to put an end to the 200,000 tonnes of plastic bags produced annually on Ivorian beaches.

According to statistics from the Ivorian Ministry of Environment and Sustainable Development, nearly 200,000 tonnes of plastic waste are collected each year on Ivorian beaches. The unhealthy state of these areas, which represent 7% of the territory, constitutes a real threat to the health of populations, marine biodiversity and tourism in Ivory Coast.

To overcome this problem, the NGO Yes Green Earth launched a campaign called “Coastal Journey 2019” on 5 July 2019 in Abidjan. “We initiated this activity to educate and raise awareness about the dangers of plastic that is not good for our survival and for the environment,” said Ange Boni Yéyé, president of the NGO Yes Green Earth. The first stage of the campaign will bring civil society actors to the seaside town of Grand-Bassam south of Abidjan where they will clean up the city’s beach and raise awareness to engage against plastic waste.

According to the organisers, the objective “Zero plastic on Ivorian beaches” is the goal of the campaign. It is also about promoting the use of biodegradable packaging, promoting public health and advocating for a ban on plastic packaging on beaches.

“Coastal Route 2019” is in line with the Abidjan Convention

The launch of the operation “Coastal Routes 2019” in Ivory Coast was preceded the day before by the second conference of deputies to the Convention on Cooperation in the Protection and Development of the Marine Environment and Coastal Areas of the Atlantic Coast of the West, Central and Southern African Region (Abidjan Convention).

The Ivorian Minister of Environment and Sustainable Development, Joseph Séka SEKA, said he was confident about the future of the African coastline in the Atlantic zone. “This Conference of Plenipotentiaries is a major event, especially since it marks the end of a revitalisation process and the beginning of an era of maturity through the act we have adopted, namely the signature of the various additional protocols, which, once ratified and entered into force, will improve the management framework for the marine environment and coastal zones in our region”.

Signed by the 22-member countries of the Abidjan Convention, these four protocols will enter into force in 2020.

The signing of the protocols is part of the follow-up to the Twelfth Conference of the Parties (12 COPs) to the Abidjan Convention, which was held in the Ivorian economic capital in March 2017. Ivory Coast is also the depositary of the Abidjan Convention adopted at a conference in March 1981 in the eponymous city, which gave it its name. Currently, the country holds the presidency of the COP 12 Bureau.