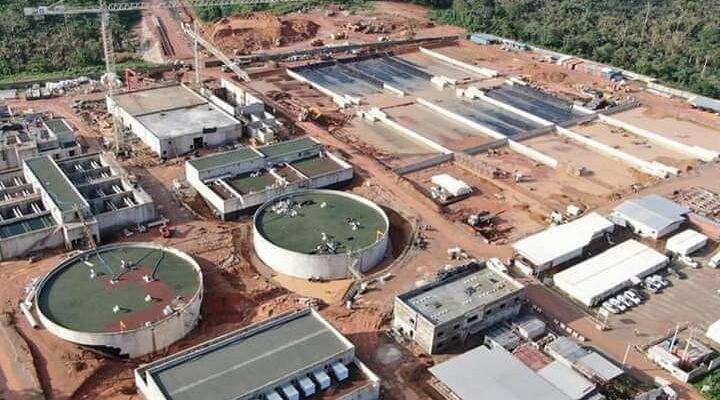 According to the Ivorian Minister of Hydraulics, Laurent Tchagba, the La Mé drinking water plant, under construction near Adzopé, will provide its first cubic metres in July 2021. The plant will have a capacity of 240,000 m3 of water per day.

The drinking water plant, built on an 8-hectare site, will have a capacity of 240,000 m3 per day. The treated water in this plant will be pumped from the river La Mé, thanks to a water intake on a one-hectare site. The drinking water will be transported via a 1,400-diameter pipeline over a length of 28 km to two water towers of 5,000 m³ each.

The Abidjan drinking water supply project will meet the drinking water needs of several councils in the north of the city, including Cocody, Abobo and Yopougon, as well as in the east. In 2019, the supply of drinking water in the city of Abidjan already reached 640,000 m3 compared to 350,000 m3 per day in 2011.

The Abidjan drinking water supply project is being implemented by the French company Veolia. The global water and waste management giant is working with PFO Africa, an Ivorian construction company.

The West African Development Bank (BOAD) is financing the work to the tune of 20 billion CFA francs (30.4 million euros). The government of Ivory Coast ratified the loan granted by this financial institution in 2019.