IVORY COAST: SGTM launches works to open the estuary of the Comoé River 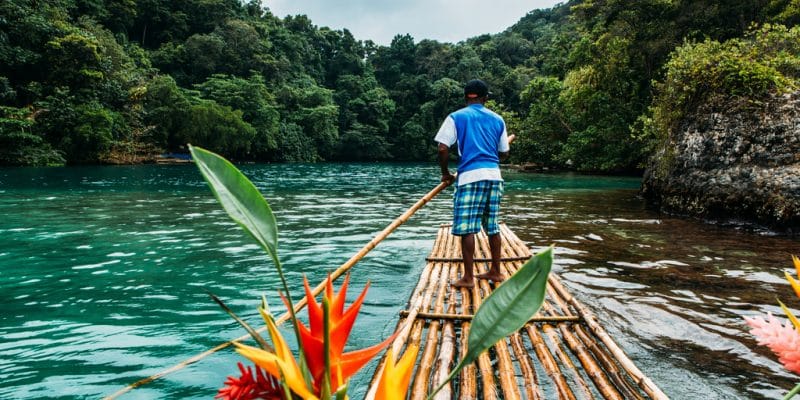 The General Works Company of Morocco (SGTM) has recently begun work to widen the Comoé River mouth in Grand-Bassam, 40 km from Abidjan. The aim is to allow the renewal of the waters of the Ebrié lagoon.

The Vice-President of Ivory Coast Daniel Kablan Duncan and several members of the government visited Grand-Bassam earlier this week. In this seaside resort, located about forty kilometres from Abidjan, they launched the project to open the estuary of the Comoé River. Objective: to allow the renewal of the waters of the Ebrié lagoon, a body of water that borders the sea without touching it on a width of 560 km.

This project was entrusted to the General Works Company of Morocco (SGTM), based in Casablanca. The planned interventions include earthworks and dredging. The company will also have to set up the geotextile for the protection of the slopes in the lagoon. It is a material that stabilises the covered surface by filling it, and effectively settles debris in the water (to form sediments, editor’s note) while avoiding stagnation. Structures will also be built to protect the outlet.

A project supported by Morocco

The Comoé River originates in Péni, a place located between Banfora and Bobo-Dioulasso in Burkina Faso. It crosses Ivory Coast from north to south before reaching the Ebrié Lagoon. In the 1950s, the opening of the Vridi Canal strengthened the connection of the Comoé River with the lagoon system, gradually diverting the flow from the river to the Ebrié Lagoon. The natural outlet is now blocked by a large amount of sediment carried along the coast, disrupting the ecological and socio-economic situation of this region.

The opening of the Comoé River mouth will reduce the proliferation of freshwater plants and improve the bay’s ecosystem in the Grand-Bassam region. For Joseph Séka Séka, the Minister of Environment and Sustainable Development of Ivory Coast, the project will also “restore the river’s biodiversity, but also improve the environment, thus contributing to sustainable development (…) This work will finally bring additional benefits to the territories located downstream and upstream on the Alépé and Grand-Lahou sides, which will benefit from a reduction in the risks due to coastal flooding and erosion”.

The development of the Comoé River mouth is part of the Cocody Bay and Ebrié Lagoon Development Project (PABC), jointly initiated by Ivory Coast and Morocco. It is supported by the Arab Bank for Economic Development in Africa (Badea) and the Opep Fund for International Development.