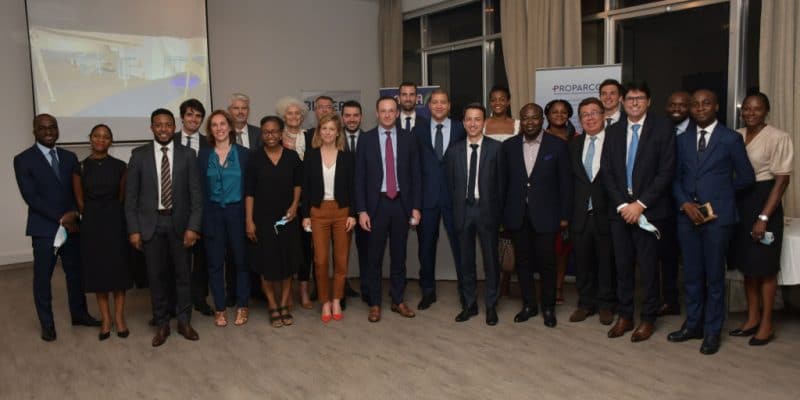 The Biovea biomass power plant project has just received 165 million euros in loans from Proparco, the subsidiary of the French Development Agency (AFD) group responsible for financing the private sector, and from Emerging Africa Infrastructure Fund (EAIF), a company of the Private Infrastructure Development Group (PIDG), managed by Ninety-One. The future plant will convert oil palm waste into electricity.

The loan agreements were signed recently in the presence of Jean-Yves Le Drian, the French Minister for Europe and Foreign Affairs, who is visiting Ivory Coast. The agreements concern a concessional loan of 135 million euros granted by Proparco, the subsidiary of the French Development Agency (AFD) group, in charge of financing the private sector. For its part, Emerging Africa Infrastructure Fund (EAIF), a company of the Private Infrastructure Development Group (PIDG), is lending nearly 30 million euros.

PIDG has also agreed to provide an investment grant of €8 million and €5 million for Proparco. The funds are for the construction of a biomass power plant in Ayébo, in the south-east of Ivory Coast. The project is being developed by Biovea Energie, a company owned by Électricité de France (EDF), Meridiam and Biokala, a joint venture created by Meridiam and the Ivorian industrial group Sifca.

Biovea Energie has already signed a 25-year concession agreement with the Ivorian government. Under the biomass power plant project, the majority shareholder EDF (EDF) will be responsible for the construction of the future plant. Biokala will be responsible for the management of the biomass supply chain during the lifetime of the plant. The biomass in question is oil palm waste. The company will source the waste from 12,000 farmers. The residues will be transported to the plant site in Ayébo.

The future plant will have two units of 23 MW each. The total capacity of the facilities will then be 46 MW. Electricity will be produced by disposing of 480,000 tonnes of oil palm waste. The production will then be sold to Compagnie Ivoirienne d’électricité (CIE) over a period of 25 years under the power purchase agreement (PPA) signed in 2019. The subsidiary of the Eranove group will buy the kWh of electricity at 62 CFA francs (0.9-euro cents). In addition to Proparco, EAIF and PIDG, the Ayébo biomass power plant project is supported by the Netherlands Development Finance Corporation (FMO).

According to Grégory Clemente, Proparco’s managing director, the Biovea project contributes to the development of a sustainable agricultural supply chain and the production of renewable energy from local fuels.

The project will require a total investment of 129 billion CFA francs, or nearly 200 million euros. Biovea estimates that its project will contribute to the creation of 500 local jobs during the construction phase of the plant and more than 1,000 jobs or full-time equivalent during the operation phase. When operational, the biomass plant will avoid the emission of 340,000 tonnes of CO2 equivalent per year.

CONGO: Tinda Cash to produce electricity via solar and biomass in Ignié