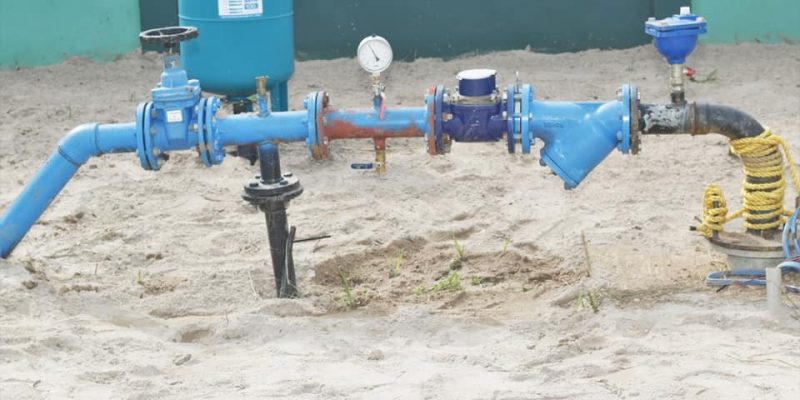 In N’Gohinou, the construction of the AEP took 12 months. The Ivorian government provided 446 million CFA francs (about 680,000 euros) for the construction of an 80m3, 15m-high multi-village water tower and related equipment. The water supply system will provide 440 m3 of water per day until 2035 to the people of N’Gohinou, as well as the localities of Diakabo and Diangobo.

The second water supply system inaugurated in Moronou supplies seven villages in the sub-division of Assahara (Assahara, N’Drikro, Bouaffoukro, Komambo, Kouma and Kouakro). The water taken from the water table is stored in a 15 m high castle with a storage capacity of 200 m3. The Ivorian government financed the entire project to the tune of 554 million CFA francs (nearly ‘846,000).

In the locality of Abongoua, in the Arrah division of Moronou, the government is financing the construction of a 100 m3 semi-underground reservoir, a new high-flow borehole to support the two existing boreholes, and the extension of the distribution network over 6.5 km. This time, the objective is to supply drinking water to 12,428 people with an investment of 201 million CFA francs, or more than 306,000 euros. According to Laurent Tchagba, the Ivorian Minister of Hydraulics, the drinking water deficit in Abongoua is estimated at more than 85%. This deficit will be reduced after the delivery of facilities in six months.

In Abongoua, the second phase of the project aims to build a 150m3 water tower at a height of 15m. This stage will be financed by the World Bank under the Urban Drinking Water Supply and Sanitation Project (Premu).