Homepage » Ivory Coast: Paru launched in Yopougon in response to flooding and pollution

Ivory Coast: Paru launched in Yopougon in response to flooding and pollution 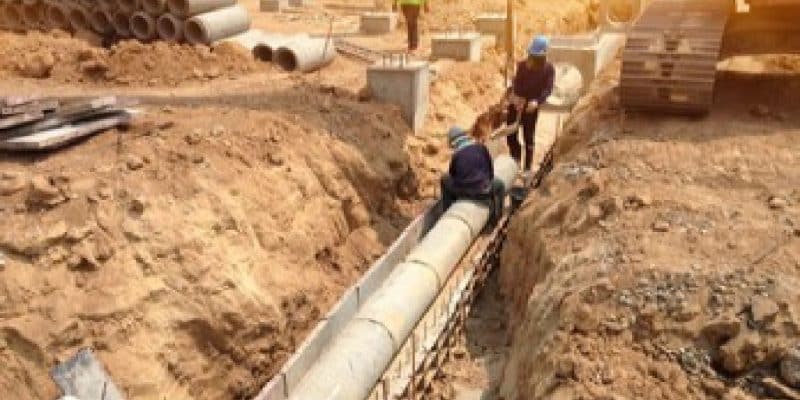 In Ivory Coast, the Urban Sanitation and Resilience Project (PARU) will be implemented in Yopougon, a municipality in the Autonomous District of Abidjan, with the aim of preventing the risk of flooding and improving solid waste management.

Yopougon will benefit from new infrastructure as part of the Sanitation and Resilience Project (PARU). In this Ivorian council located in the Autonomous District of Abidjan, the project will involve the construction of new primary and secondary drainage systems for the evacuation of rainwater associated with road works, as well as early warning systems for floods. According to the Ivorian authorities, the Paru will be implemented on the Gesco Manutention-Cité Nawa-Guichanrolain-Afosupcom Port-Bouet 2 – Kimi axis, and the Carrefour Saba et Fils-Afosupcom Port-Bouet 2 – Kimi axis.

The objective is to prevent the risk of flooding, which is accentuated by climate change in this council. The last episode of flooding in Yopougon Kimi (22 October 2021) resulted in the death of two schoolchildren and caused extensive material damage.

Yopougon will also be equipped with a technical landfill centre (CET), which will allow for the final disposal of waste in a safe manner and with minimal impact on the environment. Poor waste management pollutes the oceans, clogs drainage channels and causes flooding.

The Ivorian government will finance the entire project in Yopougon with a $315 million loan from the International Development Association (IDA), a subsidiary of the World Bank Group. In this council of nearly 2 million inhabitants, the population will also be made aware of the importance of this project. The various construction sites will result in the displacement of many households, hence the implementation of a resettlement action plan (RAP).

The Sanitation and Urban Resilience Project (PARU) is thus being deployed in Yopougon, after its launch in March 2022, in Abobo. Several other councils will benefit from this project, such as Grand-Bassam, Assinie, Jacqueville, Yamoussoukro, Bouaké, Korhogo, Duékoué, San-Pedro, Daloa, Ouangolodougou, etc.